Typically, 165 sudden deaths would occur in the province over that period, the province’s chief coroner said, suggesting more than 300 deaths could be attributed to the heat. The new tally, announced on Wednesday, marks a 195% increase over normal years.

“While it is too early to say with certainty how many of these deaths are heat related, it is believed likely that the significant increase in deaths reported is attributable to the extreme weather BC has experienced and continues to impact many parts of our province,” chief coroner Lisa Lapointe said in a statement.

Lapointe said the figures released on Wednesday were preliminary and would increase as coroners in communities across the province enter other death reports into the agency’s system.

“Our thoughts are with people who have lost loved ones” said prime minister Justin Trudeau, warning the blistering temperatures in a region of the country ill-prepared for such heat was a reminder of the need to address climate change.

“I’ve been a police officer for 15 years and I’ve never experienced the volume of sudden deaths that have come in such a short period of time,” police sergeant Steve Addison said in a news release.

Many of those who died over the five day period were seniors, lived alone and were found in residences that were hot and not well ventilated.

“People can be overcome by the effects of extreme heat quickly and may not be aware of the danger,” Lapointe said.

As they responded to hundreds of heat-related calls across greater Vancouver, police pleaded with the public to call 911 only for emergencies because heat-related deaths had depleted frontline resources and delayed response times.

The “heat dome” that blanketed much of western Canada and the United States broke 103 heat records across British Columbia, Alberta, Yukon and Northwest Territories on Monday.

The town of Lytton, British Columbia reached 49.5C (121.1F) on Tuesday, smashing the national record three days in a row. Lytton was evacuated on Thursday night after a fire hit the town and threatened residential buildings.

“It’s dire – the whole town is on fire. It’s bad, I’ve never seen anything like this,” mayor Jan Polderman told CBC News as wildfires swept quickly towards the town of less than 300 people.

Amid concerns over the growing death toll in the province, officials said they had done their best to contact communities and officer resources, but conceded the heatwave was more intense than expected.

The heat was dangerous because it persisted throughout the night in many communities, giving residents little relief. Because of its typically mild climate, residents along the Pacific Coast often don’t install air conditioning units.

The chief coroner’s office is expected to provide updated figures on the sudden, unexpected deaths on Friday. 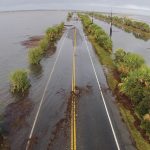 Stopping Climate Change Is Not Enough 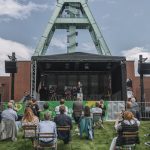 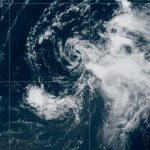