The outback looms large in Australia’s collective mythology. For some it’s a fabled place of extreme beauty and harshness that forged the Australian character. But for others this is a false narrative – as the author Alexis Wright puts it, a story “Australia chose to tell itself and wanted to believe, about a land which had been stolen from Aboriginal people”.

What is certain is that the vast region, which spans 5.6m sq km and covers more than 70% of the continent, including the Northern Territory, most of Western Australia, South Australia, Queensland and a corner of New South Wales, is one of the world’s last great untamed areas.

In Guardian Australia’s new series, the Modern Outback, launching today, we examine some of the environmental and social challenges facing the outback. Protecting this land, its plants and animals, and those who care for it should be one of our top concerns. Our team of journalists and photographers meet those trying to address each of these challenges, and we also hear from those who know this land best to discover what they think the priorities should be.

Journalists Calla Wahlquist, Josh Nicholas and Nick Evershed tried to find out who owns the outback. After months of searching, they uncover some interesting answers. The information they sourced paints a picture of increasingly consolidated land ownership in outback Australia and a growing Indigenous estate.

In an essay, Alexis Wright considers what “the outback” means to Indigenous Australians and the implications of that phrase. “For Aboriginal people, the term outback is an alien concept that implies that someone is a long way from home, and home is somewhere else,” she writes. “We see our country as our home whether it is in the desert, the forest or by the sea. The whole continent is our homeland and the foundation of our wellbeing, and our belonging.”

Protecting the outback often seems to come a distant second to profiting from its many resources. Environment reporter Graham Readfearn and photographer David Maurice Smith travel to Queensland’s channel country to investigate the proposed plans by gas companies to frack the sensitive flood plain region. While environmentalists and traditional elders sound the alarm, they find a local population divided by the prospect.

There are clear alternatives for living in harmony with the land. The traditional owners of Arnhem Land in the Northern Territory have cared for their country for more than 65,000 years. Photojournalist David Hancock visits the magnificent stone country to witness the work of the Warddeken rangers, who draw on Indigenous knowledge and western science to manage their lands with burning. By doing this, they reduce wildfire damage and greenhouse gas emissions, improve biodiversity and provide a livelihood for traditional custodians and their children.

Others have come up with solutions, such as the small group of Western Australian farmers who have banded together to fight climate change. Agriculture has long been seen as a culprit in rising carbon emissions, as well as for its detrimental impact on the environment thanks to land clearing. Journalist Rob Baird visits a WA farming couple who are “living and breathing climate change now” and are taking matters into their own hands to combat it. They’re planting trees, adopting no-till farming to minimise erosion and taking other measures to make their property carbon neutral by 2030.

The outback has many unique plant and animal species. One is the dingo but, as Adam Morton discovers, for such a charismatic animal surprisingly little is known about the species. How to treat dingoes – and whether to even acknowledge they exist – is an issue that still divides Australians, he writes. But there are some who believe they play a vital role in keeping the ecosystem in balance and should be protected rather than culled.

Life in the outback can be tough. Power, water, services and other amenities are not the same as those in the city, digital connectivity can be sketchy and remote healthcare problematic. Populations are falling, with only a hardy few left to care for the wild land. Yet, as Denise Cullen discovers when she visits the tiny community of Barcoo shire, those who remain seem bonded by the hardship. And, for some, the outback remains a land of opportunity. 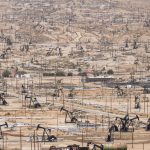 Halting the Vast Release of Methane Is Critical for Climate, U.N. Says