As the impacts of the climate crisis multiply across the US, from intensified drought and wildfires in the west to stronger hurricanes in the east, a question is echoing ever louder: who should be held responsible?

According to an unprecedented number of lawsuits filed by US cities and states that are currently making their way through the court system, the answer is fossil fuel companies.

The lawsuits marshal a sweeping array of well-established facts that detail how for decades, major petroleum corporations knew that burning fossil fuels wreaked havoc on the environment. Industry elites heard dire warnings from their own scientists who predicted the urgency of the climate crisis nearly 60 years ago. But instead of taking swift action, the oil conglomerates staged a coordinated disinformation campaign to suppress political action and public awareness around the growing scientific consensus pointing to a climate emergency.

Now, the lawsuits conclude, fossil fuel companies should pay for the damage they have helped to cause to the planet.

The Guardian’s new series, Climate crimes, will examine these attempts to hold the industry accountable and investigate the tactics used by the companies to elide their own role in global heating. It will also interrogate the central question that emerges from these lawsuits: is the climate crisis in fact a crime scene?

There is a good reason to think we will know more soon. The legal process for the roughly two dozen climate change lawsuits currently pending in the US is likely to reveal more damning information that could further detail the extent of the oil industry’s deceptions. Investigative reporting has already revealed that the companies undertook their own climate change research decades ago – in 1979, for instance, an Exxon study said that burning fossil fuels “will cause dramatic environmental effects” in the coming decades, and concluded that “the potential problem is great and urgent.” By copying the playbook utilized by big tobacco, the firms were able to sow doubt about the existence of the problem that persists to this day.

The legal headaches for the industry are only likely to get worse. As the lawsuits move through the courts and reveal in greater detail what the oil companies knew and when, other states and cities can be expected to join the litigation. That in turn could add to the popular and political pressure on the petroleum giants to take the climate emergency seriously – and, perhaps, to make restitution.

In addition to the lawsuits, there are other signs that the tide is turning for the fossil fuel industry. Over the course of a single day in May, the industry faced a series of embarrassing rebukes, as a Dutch court ordered Shell to cut its emissions by 45% and activist investors won seats on the ExxonMobil board of directors.

At the same time, after decades of denying the true nature of the threat from global heating, the oil industry now says it is committed to a greener future through renewable energies and zero-carbon targets. Is this a sincere attempt to ameliorate a global crisis – or just one more public relations move by the petroleum giants to stave off the regulations and policies the planet urgently needs?

To help raise awareness around the climate crisis and the role of fossil fuel companies, and to amplify the project’s impact and reach, the Guardian is sharing all stories in this series with Covering Climate Now, a global news collaboration of more than 400 news outlets.

We also want to hear from fossil fuel insiders who can help us tell the story of the industry’s role in climate change. Get in touch with us here. 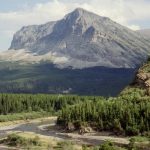 Yes, America, There Is (Some) Hope for the Environment