The environment minister, Sussan Ley, has announced she will spend millions of dollars appealing a federal court judgment that she has a duty of care to protect Australian children from climate harm. She’s not alone in neglecting our children’s future. Trivialising the need for a net zero target by 2050, Barnaby Joyce said this year that “many of the politicians and commentators talking about a 2050 aspiration will be dead by then”. Similarly, his predecessor as deputy PM, Michael McCormack, assured us he’s “not worried about what might happen in 30 years’ time”.

But if the Morrison government doesn’t think it has a duty to protect our children’s futures, why spend millions on the so-called intergenerational report? As with a lot this government does, the answer lies in politics not principles.

Back in 2002 the then-treasurer, Peter Costello, had a problem. The combination of privatising Telstra and the arrival of the first mining boom meant he had lots of money to spend and no excuse not to spend it. So, the intergenerational report was born.

Rather than focus on the fact that Australia was one of the richest countries in the world, that the mining boom was driving record government revenues and the government was sitting on tens of billions after selling off profitable assets, the IGR helped Peter Costello to convince the public that rather than invest in health or education, or support Australians in need, we had an obligation to look to the future and ensure that the budget was in good shape 40 years down the track.

Costello’s favourite bogeyman was the “cost of population ageing”, arguing that it would leave us “burdened” by people living long healthy lives. In his words: “We need to start preparing for these changes now. In some cases, this will not be easy. But just as many of the benefits we enjoy today are the outcomes of the sacrifices and investments of earlier generations, so too the prosperity of future generations depends upon the decisions we make today.”

Since that first IGR was published, we’ve had four more and each has gradually admitted that the “costs of ageing” that Costello worked so hard to frighten us with were massively overstated. In the words of today’s treasurer Josh, Frydenberg: “A common feature of all IGRs is that they have projected budgets that initially improved before being weighed down by the impacts of an ageing population. However, each IGR has taken a more optimistic view than the one that preceded it.”

While successive governments have gradually admitted that Costello exaggerated the costs of ageing, successive scientific analyses have repeatedly underestimated the risks and impacts of climate change, which are happening faster than previously thought.

But while we’ve all been asked to make sacrifices to fix the budget in 40 years’ time, it is still heresy to suggest that anyone, especially the fossil fuel industry, make any such sacrifice today to protect our children from climate change in the decades ahead.

The court case that led to the creation of a duty on the commonwealth environment minister to protect children from climate change was brought by eight teenagers. They sought an injunction against Whitehaven Coal’s plans to expand the Vickery coalmine.

The federal court found Ley had an obligation to consider the harms of climate change when deciding whether to approve new coalmines. Justice Mordecai Bromberg found: “Many thousands will suffer premature death from heat stress or bushfire smoke. Substantial economic loss and property damage will be experienced. The Great Barrier Reef and most of Australia’s eastern eucalypt forests will no longer exist due to repeated, severe bushfires.”

Twenty years ago, our federal government was so worried about the potential “costs” of people living longer healthier lives that it argued to curtail spending on social support and services now to better prepare for such a scary future. But today the Morrison government refuses to set a net zero target before 2050 and is spending taxpayer’s millions to appeal the notion that our politicians have an obligation to think about future generations when making planning decisions.

While the problems he pursued were illusory, Costello’s stated approach to the long term provides the prime minister, Scott Morrison, with a good basis for tackling climate change:

We need to act now so we can maintain a prosperous economy and a cohesive society that does not leave an enormous burden on future generations … We do not face an insurmountable crisis. But we do face a significant challenge. The longer we leave our response the greater the changes we will need and the harsher the remedies will become.

But I bet he doesn’t. Politicians don’t use long-term forecasts to plan for a better future but as an excuse to do what they want in the present. 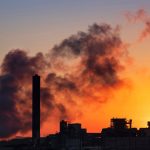 E.P.A. to Review Rules on Soot Linked to Deaths, Which Trump Declined to Tighten 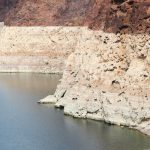 Opinion | The Hoover Dam Made Life in the West Possible. Or So We Thought.