Unusually heavy rains and massive flooding have hit China’s Henan province, bursting the banks of rivers, overwhelming the public transport system and upending the lives of tens of millions.

Twelve people have been killed in the provincial capital, Zhengzhou, where more than 20cm (7.8in) of rain fell in one hour on Tuesday. About 100,000 people have been moved to shelters, state media Xinhua reported on Wednesday, citing local government. The rainfall shut the city’s subway system, leaving passengers trapped in waist-high water.

From Saturday to Tuesday, 3,535 weather stations in Henan, one of China’s most populous provinces with 94 million people, reported rainfall exceeding 5cm. Among the stations 1,614 registered levels above 10cm and 151 above 25cm, the authorities said.

Footage on China’s social media show the world-renowned Shaolin Temple, known for martial arts, as well as other cultural sites, badly affected. Hundreds of trapped residents in Henan called for help online as flooding cut electricity to their homes.

Floods are common in China’s rainy season, but their impact has worsened over the decades, due in part to China’s rapid urbanisation and the global climate crisis.

Extreme weather events have occurred in many parts of China this summer. Hundreds of thousands of residents in Sichuan province had to be relocated this month due to floods and landslides.

In June, Hotan city, in the far-west region of Xinjiang, had record-breaking rainfall, causing one resident to comment on social media that “the rainfall [this month] is equivalent to the combined rainfall of the past two years”.

Greenpeace said the risk of extreme weather was now highest in China in the densely populated city centres but that it was also growing fast for the outskirts of large cities because of rapid urbanisation.

Liu Junyan, of Greenpeace International, told Chinese media: “Because of the highly concentrated population, infrastructure and economic activity, the exposure and vulnerability of climate hazards are higher in urban areas. Cities are an important sector of global greenhouse gas emissions, which account for about 70% of the total emissions.” 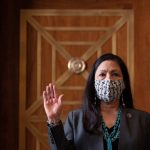 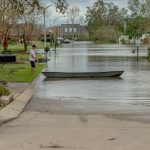 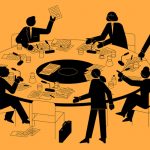 What if American Democracy Fails the Climate Crisis?