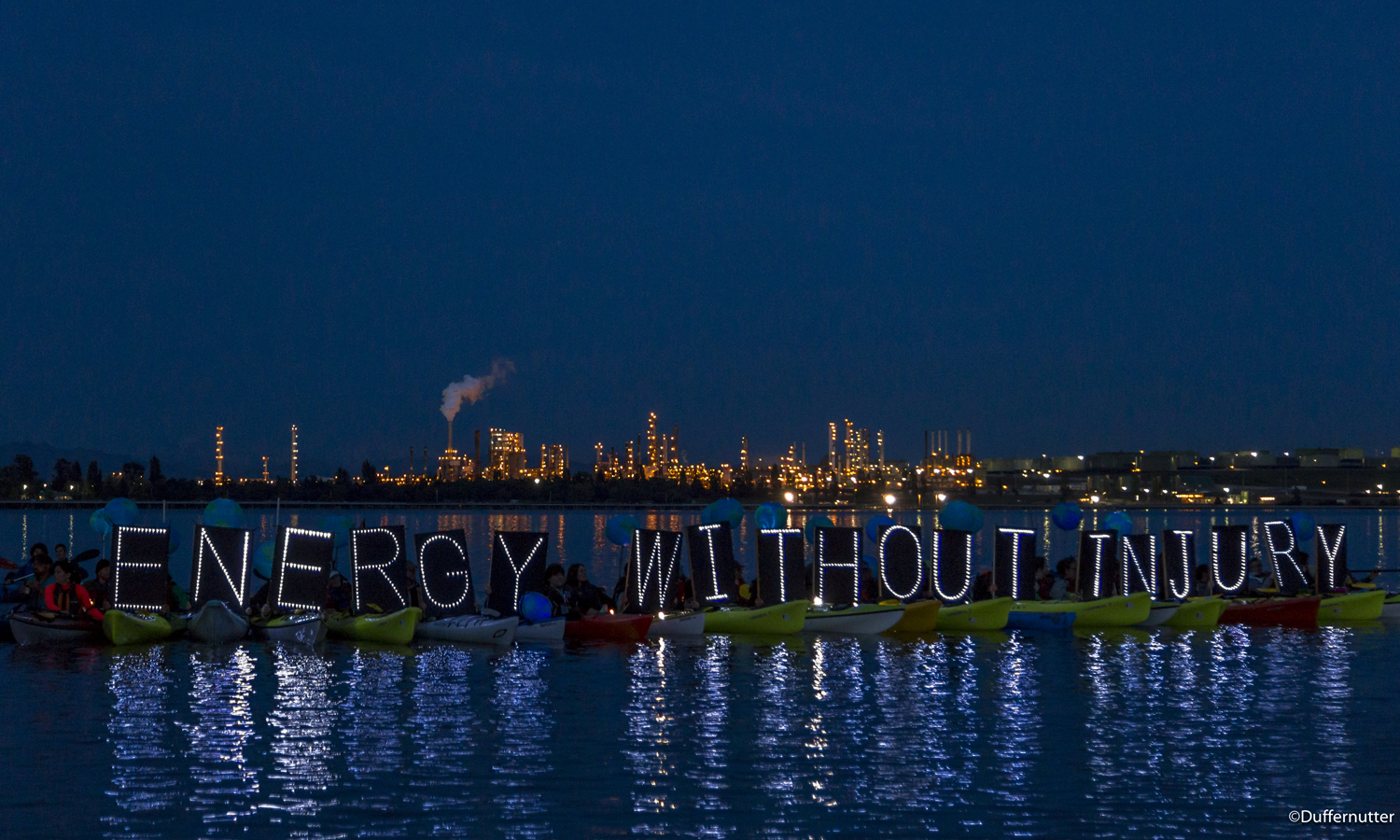 As the weather grows warmer, bears, birds, and corporate America begin to emerge from their respective hibernations. Bears will awaken hungry with thoughts of berries; birds will fly north, reversing their southern migration; corporate America will prepare their proxies and ballots. Soon it will be annual general meeting (AGM) season.

Much like last year, UCS will be attending the annual meetings virtually due to the pandemic. There will be no in-person, awkward coffee chit-chat or swag bags of poorly conceived and heavily branded gear. But that doesn’t mean it won’t be interesting! There are a lot of noteworthy issues to watch this year. While future blogs will discuss individual companies in more detail, I’ll be addressing three broad themes here – EU versus US climate action, the need for climate lobbying disclosure, and Chevron and ExxonMobil’s fight to not be the worst.

Growing divide between US and EU fossil fuel companies

The gulf between European-based fossil fuel companies and US ones continues to grow when it comes to climate action and reporting. Both 2020 and early 2021 saw BP and other European companies set more ambitious climate goals, and Shell set more ambitious climate targets, that include scope 3 emissions, which come from the end-use of their product (although they still studiously avoid the word “responsibility”). BP, although now trying to message natural gas (the main source of methane emissions) as low-carbon energy, has promised to decrease its oil and gas production by 40 percent. Shell is looking to reduce its oil and gas exploration and production spending by 30-40 percent to shore up funds for the low-carbon transition. While we have a laundry list of concerns—the companies expect their emissions to rise in the next decade, have short-term targets that fall short of the ambition needed, and have unrealistic expectations for carbon capture and storage (CCS) (capturing carbon released in the extraction process and storing it underground) and hydrogen power—these initiatives have changed the dialogue around how a fossil fuel company can participate in rather than obstruct and delay the low-carbon transition. We are also seeing more robust climate risk disclosure and transition plans, audits of alignment with affiliated trade associations on climate policy, and shareholder engagement. Overall, the message coming from the European-based fossil fuel industry is, “Please trust us.” Given their decades-long track record of deception and disinformation, this is no time to let down our guard, but at least these companies are trying to earn public trust.

Meanwhile, in the US, ExxonMobil and Chevron have been forced by shareholders to take baby steps on climate—but remain a decade behind the times. While both have set short-term emissions reduction goals, we’ve found these to be extremely insufficient. Both companies also refuse to include scope 3 emissions in their goals or goal-related calculations, meaning the companies’ pledges ignore 85 to 90 percent of the company’s overall emissions. Chevron’s new climate goals, for example, will only reduce the company’s total emissions by approximately five percent. And this year was the very first time ExxonMobil even published its scope 3 emissions. Shockingly, the company’s total emissions were approximately on par with Canada’s. Yes, the country. This growing divide will continue to impact the fossil fuel conversation and prompt more questions. Are Shell and BP honestly trying to be part of a low-carbon solution? How much damage can ExxonMobil and Chevron do before shareholders and regulators force change?

For years, UCS has been calling on companies to ensure the climate advocacy of their trade associations and industry groups supports the companies’ own stated positions. It is one of the main asks of the Advocate, Align, and Allocate Framework for Climate Policy Leadership that UCS and 11 other science and environmental organizations put forward in 2019 and renewed this month. It is also one of our key campaign asks of major fossil fuel companies, central to our assessments in both the 2016 and 2018 Climate Accountability Scorecards. And finally, companies are responding.

Last year BP left the Western States Petroleum Association (WSPA), Western Energy Alliance, and the American Fuel and Petrochemical Manufacturers (AFPM). Shell left AFPM in 2019. We are expecting both BP and Shell to update their trade association audits – reports which examine the alignment of corporate climate policy versus trade association climate policy – this spring. This year, UCS and our supporters are calling on both companies to follow in Total’s footsteps and cut ties with the American Petrochemical Institute (API). While API has made a sharp U-turn since the Biden administration took office – suddenly agreeing to methane regulations and tentatively supporting a carbon tax – the trade association has a long history of spreading climate disinformation, fighting science-based climate policies, and underplaying the urgency of the climate crisis.

Chevron was pressured to improve climate lobbying disclosures this year after the majority of shareholders supported a 2020 shareholder resolution calling on the company to examine and report on potential misalignment with the Paris Agreement’s global temperature goals. The company issued a report last month; we found it severely underwhelming on every front. Despite strong company opposition, a similar shareholder resolution, calling on the company to report on how its climate lobbying is in line with the Paris Agreement is coming to a vote at ExxonMobil this year, as is a more general resolution on disclosure of direct and indirect lobbying. Shareholders have been disillusioned with the company’s poor returns in recent years, and these resolutions may get strong backing.

ExxonMobil versus Chevron: The fight for second-to-last place

This year, ExxonMobil and Chevron are in a slow battle to avoid being considered the worst of the major oil and gas companies on climate change. This may be in part due to the Biden administration’s promise of climate regulatory action. It is also a response to the growing swell of societal pressure in the last decade, as climate change has become a top concern among the general public and company shareholders.

At ExxonMobil, the new activist investor Engine No. 1 is seeking to replace four of ExxonMobil’s directors with directors of its own. The company’s ongoing failure to properly address or prepare for the low-carbon transition is one of several reasons Engine No. 1 is pushing for new leadership, and its director slate is considerably more climate-friendly than the one put forward by the company. I’ll be doing a deep dive into this proxy fight in a future blog, but suffice it to say that enough of ExxonMobil’s shareholders are considering backing the new directors that the company is desperately trying to make last-minute improvements. The company recently appointed three new directors it claims are climate-friendly, among other governance changes.

ExxonMobil released new climate goals last December, but we were not impressed and neither were shareholders. The company also increased (marginally) its political spending disclosure, and is facing a Securities and Exchange Commission (SEC) whistleblower investigation into whether it misled investors over the value of its oil and gas fields in the Permian Basin. As you can see, ExxonMobil has not had a particularly good year.

Chevron is facing its own shareholder and societal pressure, although there is no proxy fight this year (fingers crossed for next year). The company recently put out a new climate transition report – and while the transparency was better, the story it told was not impressive. What it boils down to is this: Chevron’s climate goal for the next seven years is to reduce its total emissions by about 5 percent. The company is also doubling down on natural gas, CCS, emissions offsets, and hydrogen power as the answer to the transition, despite offsetting only two million tonnes of CO2 equivalent last year. That’s about 0.6 percent of Chevron’s total emissions. The company was able to store even less CO2 equivalent through CCS. This is not the rapid and deep decarbonization needed from the industry.

Overall, it’s an exciting year for climate action in the investor space. There are a few trends that are accelerating, and a few opportunities for real change within the industry. The annual meetings for Chevron and ExxonMobil will be particularly interesting and may provide insight into how the industry intends to spend its time and money under the Biden administration. We’ll be watching this space for the rest of the spring and reporting on our findings, so check back for further updates.