It is good to read that bus deregulation is to end in Greater Manchester, 35 years after being introduced by the 1985 Transport Act (Greater Manchester bus services to be brought under public control, 25 March).

Bus deregulation has arguably been one of the worst legacies of the Thatcher years. A policy adopted in virtually no other western democracy, which managed simultaneously to deprive most of the country of evening and Sunday services, prevent integration between buses and trains, and widen regional disparities (since buses were never deregulated in London, or indeed, Northern Ireland).

Unfortunately, as with Barbara Castle’s 1968 Transport Act, we are again being treated to the spectacle of the major bus companies opposing action that is unquestionably in the public interest.

Labour must ensure that deregulation is scrapped right across the country, and not leave it to local authorities to fight case by case with the bus operators. If “levelling up” public transport is justified in Greater Manchester, it is warranted everywhere. Philip Bisatt Taunton, Somerset

• Transport campaigners throughout the UK will welcome Andy Burnham’s decision to franchise the Greater Manchester bus network. Communities everywhere need reliable, frequent and affordable buses. The reality is that the private companies that run services outside London have failed to deliver on all counts. Even the government’s recently published national bus strategy admits that the “deregulation” (that is, privatisation) of bus services in 1985 has resulted in ever-increasing fares and massive cuts in routes and timetables. Billions have been paid out to shareholders.

Private transport is a major source of CO2 emissions; zero-carbon buses, taking people where they want to travel at affordable prices, are essential. We need to reverse years of cuts and underfunding, and ensure public transport is treated as an essential public service, not a source of private profit. Transport authorities across the country should follow Manchester’s example and bring back control of our bus services. Fran Postlethwaite Better Buses for South Yorkshire 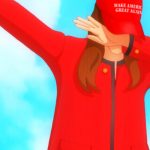 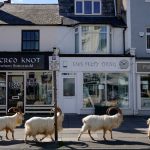 The G7 and a crucial moment for the climate