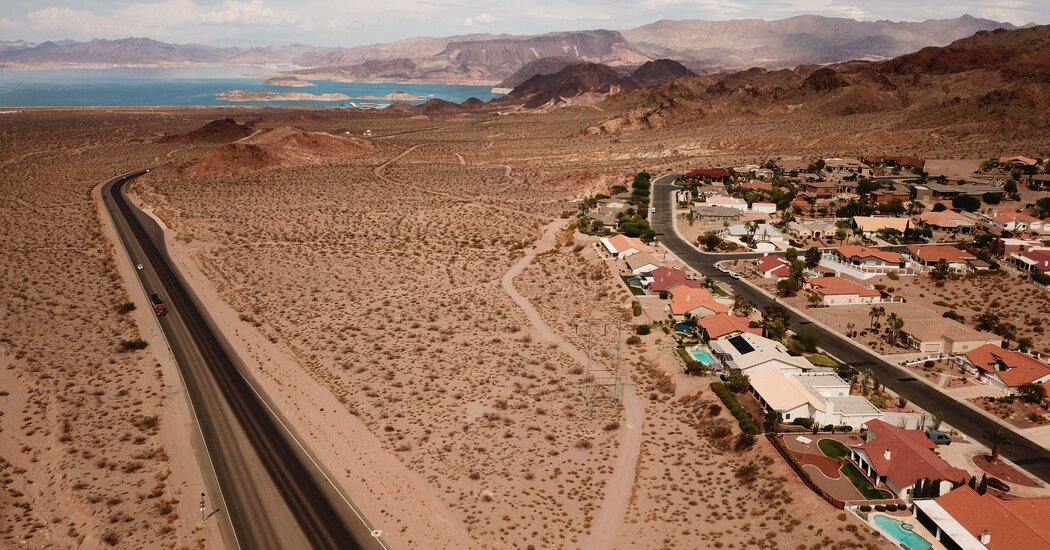 With climate change and long-term drought continuing to take a toll on the Colorado River, the federal government on Monday for the first time declared a water shortage at Lake Mead, one of the river’s main reservoirs.

The declaration triggers cuts in water supply that, for now, mostly will affect Arizona farmers. Beginning next year they will be cut off from much of the water they have relied on for decades. Much smaller reductions are mandated for Nevada and for Mexico across the southern border.

But larger cuts, affecting far more of the 40 million people in the West who rely on the river for at least part of their water supply, are likely in coming years as a warming climate continues to reduce how much water flows into the Colorado from rain and melting snow.

“As this inexorable-seeming decline in the supply continues, the shortages that we’re beginning to see implemented are only going to increase,” said Jennifer Pitt, who directs the Colorado River program at the National Audubon Society. “Once we’re on that train, it’s not clear where it stops.”

The Bureau of Reclamation, an agency of the Interior Department, declared the shortage as it issued its latest outlook for the river for the next 24 months. That forecast showed that by the end of this year Lake Mead, the huge reservoir near Las Vegas, would reach a level of 1,066 feet above sea level. It hasn’t seen a level that low since it began to fill after the completion of Hoover Dam in the 1930s. The lake will be at 34 percent of capacity.

“Today’s announcement highlights the challenges we face in the Colorado River basin and elsewhere in the West,” said Tanya Trujillo, assistant interior secretary for water and science.

Water levels at Lake Mead and the other large Colorado reservoir, Lake Powell, in Utah, have been falling for years, leaving a telltale white “bathtub ring” of mineral deposits along the shoreline as demand has outpaced supply.

The mandatory cuts, referred to as Tier 1 reductions, are part of a contingency plan approved in 2019 after lengthy negotiations among the seven states that use Colorado River water: California, Nevada and Arizona in the lower basin, and New Mexico, Utah, Colorado and Wyoming in the upper basin. American Indian tribes and Mexican officials have also been involved in the planning.

The shortage announced Monday affects only the lower basin states, but the Bureau of Reclamation may declare a similar shortage for the upper basin, perhaps as early as next year.

The shortage declaration will reduce Arizona’s supply of Colorado River water, delivered by a system of canals and pumping stations called the Central Arizona Project, by about 20 percent, or 512,000 acre-feet. (An acre-foot is about 325,000 gallons, enough water for two or three households for a year.)

In anticipation of the cuts, some farmers have fallowed fields or switched to less water-intensive crops. Others will be pumping more groundwater to make up for the cuts, which raises additional questions about sustainability because groundwater supplies are not unlimited.

“The river is the iconic resource,” said Kevin Moran of the Environmental Defense Fund. “But we have to think about managing our groundwater as well.”

The question for Lake Mead and the Colorado is whether the Tier 1 cuts will be enough to halt the decline in supply as climate change continues to affect the river’s flow. Additional tiers, which could go into effect soon if the lake level continues to decline, as the forecast released Monday projects, would involve increasingly draconian cuts. And even further reductions may have to be negotiated.

This year has been one of the worst ever for runoff into the Colorado River, said Ted Cooke, general manager of the Central Arizona Project. “The big question is, what’s going to happen in 2022?” he said. After two decades of drought, “one thing that we don’t have is the resiliency in the reservoirs, because they’re so low, to withstand the type of year that we had this year back to back.”

Sharon B. Megdal, director of the Water Resources Research Center at the University of Arizona, said she thought the declaration’s focus on the dire state of the river would lead to more efforts in the region to use less water. “I think we’re going to see some adaptation,” she said. “But I don’t know if we can do that much to avoid further cuts.”

With the various tier cuts that were negotiated, “We’re really only talking through 2025,” Dr. Megdal said. “If things continued to get worse and worse, I think there would be some interventions to do even more. We can’t let the river system fail.”

Since then, much of the Southwest has been mired in a drought that climate scientists say rivals some long-lasting droughts in the past 2,000 years.

Even in the occasional recent year with good snowpack in the Rocky Mountains, the amount of water running off into the river has declined. Researchers say warming is largely to blame, as soils have become so dry that they soak up much of the melting snow like a sponge, before it can reach the river.

Planning for the likelihood of a reduced supply of Colorado River water began shortly after the drought first set in. By 2007, the states had developed guidelines for coping with shortages, which the 2019 agreement fleshed out.

“The announcement today is a recognition that the hydrology that was planned for years ago and we hoped we’d never see is here,” said Camille Touton, a deputy commissioner of the Bureau of Reclamation.

“The river is in uncharted territory,” Mr. Moran said. “Climate scientists have pretty well articulated that something like 40 to 60 percent of the decline is due to a warming climate.”

Mr. Moran said that the new infrastructure bill, which has passed the Senate but faces a rockier road in the House, includes at least several billion dollars that could help the region cope with this new reality. This includes money to improve so-called natural infrastructure, including forests, watersheds and underground aquifers, which could help bolster the supply, or at least slow the decline.

“Our water infrastructure is not just man-made reservoirs and treatment plants,” he said. “It’s the natural system, too.” 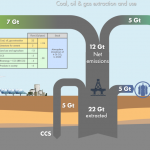