The world still has a chance of staving off the worst impacts of climate breakdown but only if governments step up in the next few months with stronger commitments on cutting greenhouse gas emissions, the US envoy for climate change has said.

John Kerry, appointed by Joe Biden to spearhead the US’s international efforts to tackle the crisis, urged all large economies to come forward with new plans to cut emissions before the Cop26 UN climate talks in Glasgow this November.

“The climate crisis is the test of our own times and, while it may be unfolding in slow motion to some, this test is as acute and as existential as any previous one. Time is running out,” he said.

He called Cop26 “a pivotal moment” and 2021 “a decisive year”, as the world must get to grips with the climate crisis and rapidly slash emissions in the 2020s to have a chance of a safe future.

Speaking as floods have devastated parts of Europe and heatwaves and wildfires swept North America, Kerry drew a parallel between the ruins of Europe after the second world war and the ravages of the climate crisis.

“The world order that exists today didn’t just emerge on a whim. It was built by leaders and nations determined to makes sure that never – never – again would we come so close to the edge of the abyss,” he said.

Kerry said his earliest memory, aged four, was of the ruined skeleton of a burned-out building in Europe, where he had been taken by his mother, who fled the Nazis. “That journey has always given me the bedrock confidence that we can solve humanity’s biggest threats together.”

Staying within 1.5C of global heating, the aspirational goal of the 2015 Paris climate agreement, was still possible, he insisted.

“There is still time to put a safer 1.5C future back within reach. But only if every major economy commits to meaningful absolute reductions in emissions by 2030. That is the only way to put the world on a credible track to global net zero by mid-century,” he said.

The Paris agreement targets an upper limit of holding global temperature rises to well below 2C above pre-industrial levels, with an aspirational lower limit of 1.5C.

Kerry made it clear that the Cop26 summit must aim for the lower threshold, and warned that current government pledges on emission cuts would lead to 2.5C or 3C rises.

“We’re already seeing dramatic consequences with 1.2C of warming. To contemplate doubling that is to invite catastrophe,” he said.

Kerry used his landmark speech at the Royal Botanic Gardens, Kew, in London, with just over 100 days to go before Cop26, to make an impassioned plea for a unified global effort. “We can’t afford a world so divided in its response to climate change when the evidence for compelling action is so strong.”

His words will be seen as partly aimed at China, the world’s biggest emitter and second largest economy, which has yet to submit to the UN a national plan for emissions cuts before 2030.

China had set a long-term goal of net zero emissions by 2060 and has national targets aimed at reducing the amount of carbon procured per unit of GDP. However, Kerry made it clear that absolute cuts in emissions, rather than cuts relative to economic growth, were essential.

But he is likely to also have other countries in his sights. He said the US was working with “allies, partners, competitors and even adversaries all too aware that some things happening today threaten to erase the very progress so many are struggling to advance”.

UN climate summits proceed by consensus so recalcitrant counties can thwart agreement. For Cop26 to be a success, countries such as Russia, Brazil and Saudi Arabia will need to acquiesce at least – Kerry’s remarks will be seen as warning them not to disrupt the process.

He also called on governments to invest in clean energy, holding out the prospect of a clean energy boom worth $4tn a year by 2030, and said new technologies such as hydrogen and carbon capture and storage would also be needed.

The International Energy Agency warned this week that governments were failing to rebuild stronger from the Covid-19 pandemic, with only 2% of economic bailout money going to clean energy. It warned emissions could reach record levels within two years as a result, with disastrous consequences for the climate. 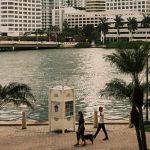