Robin McKie writes of a “society-wide vision” covering policies in transport, power generation, home heating and farming to cut climate emissions (“It’s now… or never”, Focus). Of course we need all of those policies. But what’s missing is the understanding that we can’t have “business as usual with different technology”.

We need social innovations, such as a universal basic income to give every individual security, a four-day working week as standard with no loss of pay, which would reduce travel but more importantly give people more opportunities to use their time well in family and community, and a relocalisation of communities and economies.

System change, not climate change is the slogan: that you can’t fix a broken society using the approaches that broke it the key understanding.Natalie Bennett, Green peerHouse of Lords, London SW1

The increase in road traffic in London during Covid, estimated at 30%, remains unaddressed by government. And rather than honour its 2019 election manifesto pledge to spend £9.2bn improving the energy efficiency of homes, schools and hospitals, the government omitted it from the budget. Yet while central government has fiddled, local government has acted. More than 500 jurisdictions have declared a climate emergency. Britain doesn’t therefore need more “plans… with a programme” and “a clear strategy” (“If we want to lead on climate, we must get our own house in order”, Editorial), it just needs urgent action to fund and implement existing plans across the country.David MurrayWallington, Surrey

The true cost of Christmas

Michael Savage’s article about toy suppliers warning of shortages this Christmas and to “buy now” to avoid disappointment sums up a lot of issues (“Just 132 days till Christmas (and it’s best to buy now)”, News). People in developed nations are conditioned to want stuff and to want it at all costs, considering it an inherent right. Our children are equally conditioned, especially at Christmas. How many times have I heard young kids saying they have “ordered” what they want in advance, even the ones who still believe in Santa?

Consumerism is destroying us and, while I realise that for people who have a hard time feeding and clothing their kids all year round, buying stuff at Christmas is an important way to try to make up for other hardships, it could be seen as perpetuating attitudes that need to be addressed. Encouraging parents in August to buy stuff for Christmas in case it runs out is manipulative and damaging.Tracy LarnPopian, France

I too braved that bookshop

I grew up in the same small Scottish town as Val McDermid and was a regular at the same “utterly terrifying” bookshop, James Burt on Kirkcaldy High Street (“Book bonding – how new bookshops are thriving in spite (or because?) of Covid”, the New Review). The trick to dodging the intimidating assistants was to wait outside until a grown-up was going in and tailgate them, posing as their child; 1960s shop etiquette meant the staff didn’t bother you and you could dodge behind the bookshelves and get a free read in the children’s section. I spent a lot of Saturday mornings doing that. The books and stationery smelled wonderful.Ruth DevlinNottingham

Peter Hyman’s solution to resolving students’ learning and assessment, varied and holistic as he intends it to be, is not ideal (“Let’s not return to flawed exams. We have better ways to assess our children”, Comment). Imagine the assembly-line experience of setting up a series of micro-assessments and completing all the paperwork to record every microsecond of achievement in the two-year A-level and GCSE courses. Yes, change is needed – but not to replace one tyranny with another.

By all means adapt the examination method to the subject topic, but make it light and unobtrusive to liberate the wider educational experience. Take time to consult across the profession to make it more inspiring. Make it workable to avoid demoralising and overworking an already exhausted profession.Yvonne WilliamsRyde, Isle of Wight

Who needs the Dorchester?

While Jay Rayner was blowing £370 on lunch at the Dorchester (“Dismal food and inexplicable prices at this Park Lane pop-up produce an eye-popping dinner”, the Observer Magazine), I went to the Square & Compass in Worth Matravers in Dorset, one of only five pubs to have graced the Good Beer Guide every year since the first edition in 1974. I had a pint of Moonlight from Hattie Brown’s Brewery in Swanage with a vegetarian pasty. Cost: £6. Result: heaven.Roger Protz, former editor, the Good Beer GuideSt Albans, Hertfordshire

Your piece on heat pumps missed one detail when considering the switch from gas boilers to heat pumps (“Warmth from the earth and air: can heat pumps replace old gas boilers?”, Business). The vast majority of us use radiators with our gas boilers and they are designed to operate at 75-80C in the coldest winter weather. Most domestic heat pumps peak out at 55C (and for those that can go higher, the efficiency drops sharply), which means that radiators need to be increased in size when making the switch.

At these temperatures, an increase in existing radiator surface area of 80% would be needed and it is the impact of this on installation cost that can often prove decisive. Many houses have already received insulation upgrades to the maximum practical extent (double glazing, loft lagging, cavity fill, etc). If the heating system isn’t upgraded at the time of switching from a gas boiler to heat pump, it’s little wonder that many people have a disappointing experience, as highlighted by a couple of the readers’ accounts in your piece.Dr Chris UnderwoodGosforth, Newcastle upon Tyne

Newcastle city council says that it wants to install information panels to interpret the city’s Boer War memorial (“For rightwing culture warriors, to shed light on past conflict is to insult our history”, Comment). But who shall we trust to write it? Should it be the descendants of the soldiers named on its plinth? Or perhaps those successors of the Boers who fought against them? We might leave it to a historian, but what sort? Social? Marxist? Post-colonial? Perhaps a post-modernist who will tell us we can never know anything about the truth of the conflict?

Whoever is allowed to write this panel, I foresee that it will provoke as much outrage as the memorial itself does now.Simon KennedyLondon NW2

“Innings that other batsmen play in their dreams, Root has begun to play in his sleep” (“Captain relaxes and returns to dream-like state”, Sport). Thank you, Jonathan Liew, for a phrase that will sing to me all day.Jeremy BlundellRotherham 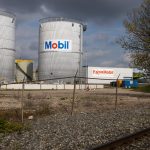 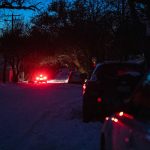 A Glimpse of the Future in Texas: Climate Change Means Trouble for Power Grids