Nicola Sturgeon has been criticised by climate campaigners for failing to call for the new Cambo oilfield to be blocked because of the climate crisis.

Greenpeace and Friends of the Earth Scotland accused the Scottish first minister of “hiding behind Boris Johnson” and not showing leadership after she resisted intense pressure to call for an end to new North Sea drilling.

In a letter to the prime minister on Thursday, Sturgeon instead said the Cambo proposal and other North Sea projects where drilling had not yet begun should be subjected to a much tougher appraisal given the severity of the climate emergency.

With Scotland hosting the Cop26 global climate summit in November, Sturgeon signalled the Scottish government could soon change its policy of supporting maximum oil and gas extraction, but she stopped short of stating new projects should be blocked.

Nervous of the backlash from industry and Scottish National party voters if she demanded Cambo was blocked, she instead urged Johnson to convene a meeting of the UK’s four governments to agree a new oil strategy that prioritised combating the climate crisis.

She said Monday’s International Panel on Climate Change report showed it was imperative there was urgent collective action. “In the words of the IPCC it was ‘code red for humanity’. We all have a moral obligation to act,” she told Johnson.

Caroline Rance, a climate and energy campaigner with Friends of the Earth Scotland, said: “Nicola Sturgeon is deferring to Boris Johnson on the future of North Sea oil and gas, when she must take a bold stance against Cambo and the climate devastation it will unleash.

“The science on this is already crystal clear: burning fossil fuels is the key driver of this crisis so to avoid climate breakdown there can be no new licences or developments, and existing production must be wound down over the next decade.”

Sam Chetan-Welsh, a political campaigner for Greenpeace UK, said: “The first minister must stop hiding behind Boris Johnson. If she wants to show leadership on climate she must clearly say: stop Cambo.”

Sturgeon’s stance could also have an impact on talks with the Scottish Green party on a cooperation deal at Holyrood, which is in its final phase and could lead to the Greens getting two junior ministerial posts.

The Greens will face intense criticism from party members if the party’s negotiators accept Sturgeon’s stance on North Sea oil exploration without winning other major concessions on Scottish climate policy and spending in return.

Mark Ruskell, a Scottish Green MSP and climate spokesperson, said Sturgeon’s call for Cambo to be reassessed was welcome but insufficient.

Ruskell did not echo the climate campaigners’ direct attacks on Sturgeon but said: “We must listen to the UN secretary general [António Guterres] and stop fossil fuel expansion entirely. That means revoking Cambo and no new oil and gas licences whatsoever, with a just transition ensuring no worker is left behind.”

The Cambo oilfield, one of the largest unexploited oil basins in UK waters, has become symbolic of a renewed campaign by climate campaigners to phase out North Sea oil production. Keir Starmer, the UK Labour leader, added to the pressure on Sturgeon by calling last week for Cambo to be blocked.

The field, north-east of Shetland, holds about 800m barrels of oil but the first-phase licence being considered by UK ministers is to drill about 164m barrels.

Friends of the Earth Scotland said that drilling all the UK’s existing North Sea fields, which hold 5.7bn barrels of oil, would result in the UK smashing through its share of the Paris climate accord’s goals to limit global heating by 1.5C. Allowing Cambo to be exploited would greatly increase CO2 emissions, the organisation said. 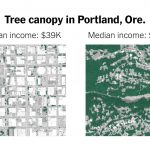 Opinion | Since When Have Trees Existed Only for Rich Americans?