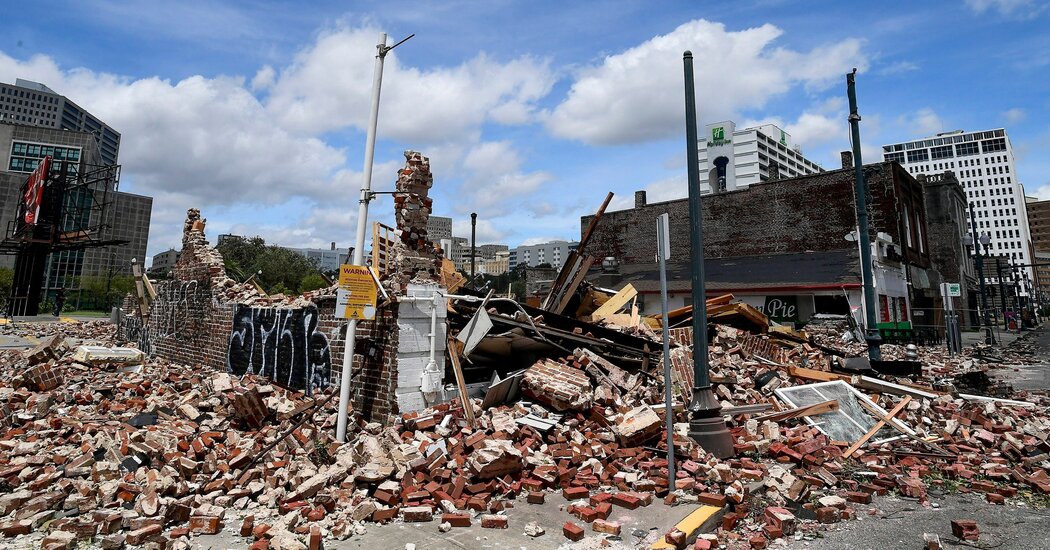 I think, too, of the brass band staying limber by practicing on the front porch around the corner every week, with my neighbors dancing on the lawn, six feet apart. On a drizzling afternoon this winter, I walked over with my daughter, who was 4 then, just as the band was packing up. She cried because we had missed the music. The trumpeter saw her tears, called for all the instruments to come out of their cases, and the band played her request: “What a Wonderful World.”

The truth is that it’s hard to live in Louisiana. The truth is also that it’s hard to live many places these days, and Louisiana has the benefit of being comparatively easy to love. In fact, it seems everybody loves New Orleans enough to want to come for a long weekend, because seemingly every block now has an Airbnb — or two or three — driving up housing costs, especially in neighborhoods on higher ground.

Evidently fewer people love New Orleans enough to insist, once they get back home, that their congressional representatives vote for the climate, infrastructure or social welfare legislation that might give this city a few extra decades, or expand the number of people who can make a viable life here, or anywhere else in the United States.

Instead, we’re told to be resilient, which usually means that we should attempt to find individual solutions to our structural problems.

Standing in front of the Carrollton Water Plant last May, Mr. Biden joked to reporters, “I’m taking up a collection.” If Louisiana’s vulnerability were unique, maybe charity would be enough.

But if you live near a coast yourself, I counsel solidarity today. Or, for that matter, if you drink water from the public supply, take medicine produced by federally funded research and development, entrust your children to a public school or your parents to a nursing home, or simply enjoy the occasional convenience of a bridge that does not fall, you might take an interest in that infrastructure bill.

At $1 trillion, it offers a modest down payment on our collective needs — shoring up the roads and bridges like those that my family and I will use to return home whenever the power comes back on and schools reopen. Take an interest though, too, in the $3.5 trillion budget reconciliation package Congress is also considering, which gets a little closer to the scale of the problems before us.