There is dwindling support for proposals to build the UK’s first deep coalmine in 30 years in Cumbria, say campaigners, as a public inquiry into the mining plans gets under way.

The plans attracted opposition earlier this year and were cited as an example of a lack of joined-up thinking from a UK government that was simultaneously making big promises on the environment. They were seen as particularly problematic in the run-up to the crucial Cop26 climate change summit due to be hosted in Glasgow this November. Chris Stark, the chief executive of the Climate Change Committee, pointed out that the mine would “increase global emissions and make it harder to achieve the UK carbon budgets”.

However, the inquiry into the mine, which starts on Tuesday, is expected to run on for at least four weeks. This means a subsequent decision from the presiding planning inspector and, finally, the secretary of state is unlikely before Cop26.

Two demonstrations are planned to coincide with the launch of the inquiry: one near the site of the proposed mine’s processing plant in Whitehaven, west Cumbria, and another outside the offices of the Ministry of Housing, Communities and Local Government in Whitehall.

Campaigners say they are looking to “show public resolve” through the rallies, as the Planning Inspectorate starts to examine West Cumbria Mining’s highly contested proposals to extract about 2.7m tonnes of metallurgical coal. After initially waving through the plans – citing “local” concerns – the communities secretary, Robert Jenrick, called the inquiry in early March.

Those giving evidence to the inquiry include the West Cumbria Mining chief executive, Mark Kirkbride. Because of Covid risks, the proceedings will be held virtually, through Microsoft Teams, and livestreamed on YouTube.

Those arguing against the scheme at the inquiry say the issue will cast a shadow over proceedings at the annual climate summit in two months’ time. Anne Harris, from the Coal Action Network, some of whose members have said they will take direct action if the plans proceed, also argued the unresolved plans would undermine the UK’s attempts to position itself as a climate leader at Cop26.

Opponents of the scheme say the coal would not be suitable for domestic steel production as West Cumbria Mining suggests. Maggie Mason, whose organisation, South Lakes Action on Climate Change, will be one of the main parties making submissions to the inquiry over the coming weeks, said: “Our expert witnesses show that the coal from this mine is not the type that the UK and EU steel industry needs, so it would not replace current imports.

Campaigners have also pointed to a withdrawal of funding from the west Cumbria project on the part of the Singapore-based firm EMR Capital as a sign of wavering support for the mine. The company, which to date has invested nearly £30m in the scheme, has carried out a “cost-saving” programme, which has seen West Cumbria Mining’s offices vacated and staff made redundant.

Cumbria county council, which last October approved the mining proposals for a third time before reconsidering its decision in February, has now withdrawn support for the project altogether.

But local supporters of the project – which promises hundreds of jobs in the area and thousands more in the supply chain – are confident the planning process will see the mining plans given the green light once again.

Mark Jenkinson is one of four Conservative MPs – along with the former northern powerhouse minister Jake Berry and the Copeland MP, Trudy Harrison, who are in favour of the mine, and the Penrith MP, Neil Hudson, who has expressed concerns about the project – who will speak at the inquiry on Tuesday afternoon.

“I’m optimistic these plans will be approved once again,” he said.

“They fit in with our route towards net zero in the UK and ensure we don’t offshore our carbon commitments. It will also bring lots of much-needed jobs to west Cumbria.

“I think if any of the protesters decide to adopt some of the tactics that groups like Extinction Rebellion use, they won’t do themselves any favours.”

West Cumbria Mining are not providing interviews in the lead up to the inquiry, but their CEO said in a recent statement that they had fully considered the climate impacts of the project and had “implemented significant and world leading techniques to demonstrate that the resources industry can also achieve net carbon zero operations. I believe this will become a core part of the social licence to operate resource projects.”

Former UK climate envoy, John Ashton, who will also make submissions to the inquiry later this week, told the Guardian: “West Cumbria Mining are making a false promise to the people of west Cumbria. They’ve promised jobs for a generation and they’re not in a position to make that promise.

“We can’t as a nation be be trying to use climate diplomacy to persuade others to get out of coal, especially now as host of a climate summit, and at the same time be opening new coal mines – whether for steel or anything else. 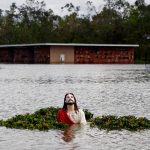 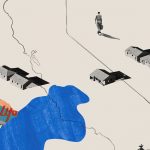 Opinion | California Wakes Up From Its Dream