“Record-shattering” heatwaves, even worse than the one that recently hit north-west America, are set to become much more likely in future, according to research. The study is a stark new warning on the rapidly escalating risks the climate emergency poses to lives.

The shocking temperature extremes suffered in the Pacific north-west and in Australia 2019-2020 were “exactly what we are talking about”, said the scientists. But they said the world had yet to see anything close to the worst impacts possible, even under the global heating that had already happened.

The research found that highly populated regions in North America, Europe and China were where the record-shattering extremes are most likely to occur. One illustrative heatwave produced by the computer models used in the study showed some locations in mid-northern America having temperatures 18C higher than average.

Preparing for such unprecedented extremes was vital, said the scientists, because they could cause thousands of premature deaths, and measures taken to adapt to date had often been based only on previous heat records.

Scientists already know that heatwaves of the kind mostly seen today will become more common as the climate crisis unfolds. But heatwaves are usually analysed by comparing them with the past, which means the vast majority are only marginally hotter than before. This can give a false sense of a gradual rise in record temperatures.

The new computing modelling study instead looked for the first time at the highest margins by which week-long heatwave records could be broken in future.

It found that heatwaves that smash previous records by roughly 5C would become two to seven times more likely in the next three decades and three to 21 times more likely from 2051–2080, unless carbon emissions are immediately slashed. Such extreme heatwaves are all but impossible without global heating.

The vulnerability of North America, Europe and China was striking, said Erich Fischer, at ETH Zurich in Switzerland, who led the research. “Here we see the largest jumps in record-shattering events. This is really quite worrying,” he added.

“Many places have by far not seen anything close to what’s possible, even in present-day conditions, because only looking at the past record is really dangerous.”

The study also showed that record-shattering events could come in sharp bursts, rather than gradually becoming more frequent. “That is really concerning,” Fischer said: “Planning for heatwaves that get 0.1C more intense every two or three years would still be very worrying, but it would be much easier to prepare for.”

Prof Michael Mann, at Pennsylvania State University in the US and not part of the new research, said: “This study underscores something that has been apparent in the record weather extremes we’ve seen this summer: dangerous climate change is here, and it’s now simply a matter of how dangerous we are willing to let it get.” Mann’s own research published in May showed a possible doubling of heat stress in the US by 2100.

But he said: “If anything, this latest study, and our own, are underestimating the potential for deadly heat extremes in the future, in the absence of significant climate action.” That is because current climate models do not capture the slow-moving and very persistent nature of the extreme weather phenomena seen in the Pacific north-west heatwave and German floods recently.

It found the rate of global heating was critical in increasing the risk, rather than simply the global temperature reached. This indicates that sharp cuts in emissions are needed as soon as possible, rather than emissions continuing and being sucked back out of the atmosphere at a later date.

The scientists used a scenario in which carbon emissions are not reduced, which some experts have argued is unrealistic, given that some climate action is being taken. However, global emissions are not yet falling, bar the blip caused by the coronavirus pandemic, and the researchers argue the scenario remains relevant until CO2 emissions are consistently falling.

The researchers said the rare record-shattering events in the past had huge impacts, such as the Russian heatwave of 2010, which killed 55,000 people and wiped out $15bn of crops, and the European heatwave of 2003, which led to 70,000 early deaths.

“With temperature records being smashed in North America and devastating floods in Europe and China just in the last month, it is clear climate change is affecting the planet,” said Vikki Thompson, at Bristol University in the UK. “The need to understand what could happen in the future is vital to allow us to adapt.”

“The good news is that we can prevent the worst case shown in this study,” she said. If emissions start falling immediately and rapidly, the study showed, the risk of record-shattering extremes is cut by about 80%. “With Cop26 looming, we must hope that policymakers use evidence like this to show the need for global emissions reductions,” Thompson said. 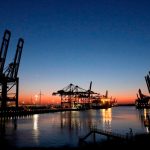 As glaciers disappear in Alaska, the rest of the world’s ice follows | Glaciers 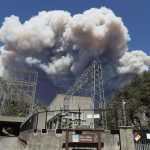