In the lead-up to November’s crucial Cop26 climate change conference, the government has been rather better at setting eye-catching CO2 reduction targets than taking the necessary actions to meet them. This month, however, there have been signs of an overdue sense of urgency kicking in when it comes to creating and safeguarding green jobs.

On Tuesday, it was announced that Vauxhall’s owner, Stellantis, will manufacture electric vans at Ellesmere Port, saving the site’s future. The carmaker has been promised substantial government support for its investment. That followed Nissan’s decision last week to build a £1bn electric vehicle hub in Sunderland, which will include a new battery plant, or gigafactory, with five times the capacity of the only existing facility in the United Kingdom. The government is rumoured to have pledged in the region of £100m as a sweetener. The UK still lags far behind its European competitors in developing the scale of battery capacity that will be needed for the domestic electric car industry to flourish. But having brought forward a ban on the sale of petrol and diesel vehicles from 2040 to 2030 last year, Boris Johnson and his business minister, Kwasi Kwarteng, are at last backing up rhetoric with a modicum of hard cash and the beginnings of a green industrial strategy.

Much, much more is needed though, if Britain and its workforce are to meet the challenges ahead. The UK has committed to reduce emissions to net zero by 2050, to a 78% cut by 2035 and a 68% cut by 2030. But, as a study released this week by the Onward thinktank points out, these goals will only be achieved through a labour market revolution in skills and training, which shows no sign of happening any time soon. Its report, Qualifying for the Race for Net Zero, estimates that 3.2 million workers, employed in sectors such as construction, manufacturing and transport, will soon need to upskill or retrain. A new vocational infrastructure will be required to reverse decades of neglect of the further education sector, and to open up traditionally male-dominated areas of skilled manual work to women. The report’s authors calculate, for example, that although the need to retrofit homes and decarbonise domestic heating will create an estimated 1.1m new jobs by 2030, only 5,700 workers a year are training in these areas. They recommend, among other measures, tax incentives for employers to offset costs of retraining and new “net zero technical institutes” to act as prestigious centres of vocational excellence.

As Britain continues to deal with the divisive fallout of deindustrialisation at the end of the last century, the political prize for getting this right is enormous. The scale of the transition to net zero will be particularly significant in those parts of the country with traditionally carbon-intensive industries, such as Yorkshire and the Humber, and the north-west. Equipping existing employees and future workers with the right skills to flourish in a well-paid green economy can instil a sense of pride and optimism in regions that have felt let down by Westminster for decades. Stellantis’s plans for Ellesmere Port have secured the medium-term future of 1,000 workers. Millions more can be mobilised in the transition to a net-zero economy. But if Britain is to have the new kinds of engineers, mechanics, electricians, glaziers and wind turbine technicians it needs, it must start training them. 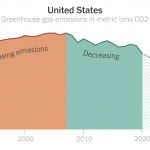