As a climate policy researcher, I am often asked: what is the biggest obstacle to decarbonisation? My answer has changed profoundly over the last couple of years. I used to point to the lack of affordable green technologies and an absence of political will. Today, I point to something else. Something less tangible, but possibly more challenging: the absence of a green social contract.

The green revolution is already unfolding, driven by a stunning reduction in the cost of green technologies and by a global momentum for climate neutrality by the mid-century. So, if cheaper green technology and an unprecedented political green ambition are rapidly converging, what could go wrong? Unfortunately, the situation is not as simple as it seems. Decarbonisation will reshape our economies and our lifestyles. Nothing will be left untouched in the process: the green world will be profoundly different from the one we know today.

The French experience with the gilets jaunes – Yellow Vests – movement represents the clearest example of the perils and political headwinds that governments worldwide face as they try to wean their citizens off fossil fuels. The French government was right to introduce a price on carbon in transportation in 2018. But it would have immediately translated into higher petrol and diesel prices, hitting hardest people living outside French cities who were already feeling the pain of stagnating incomes and lacking the same public transport options as urban residents.

Had the design of the carbon tax included compensation mechanisms to cushion the blow for the most vulnerable, the backlash could have been prevented. This is exactly what a group of economists including 28 Nobel laureates and four former Federal Reserve chairs – among them Janet Yellen – have been calling for in the United States: the introduction of a robust carbon tax, together with a compensation system to ensure that the most vulnerable benefit financially by receiving more in “carbon dividends” than they pay in increased energy prices.

This discussion illustrates how important it is to include equity and fairness considerations into the design of climate policies. Even in Europe, the global climate policy frontrunner, support for climate measures is broad but shallow. In a recent survey conducted in eight European countries, the Open Society European Policy Institute found that nearly all voters were happy to buy less plastic, though far fewer were keen to pay more for fuel or flights. In short, as climate policies become stronger, new gilets jaunes-type movements could emerge across the continent. The usual suspects here span the coal mining regions of Poland, that are highly reliant on carbon intensive industries, to those cities in which mayors have declared war on diesel cars.

Populists and culture warriors may well find in climate policy their new flagship issue, arguing that urban elites are driving the policy but the cost ultimately falls on the shoulders of “ordinary” citizens. This risks making it politically more dangerous for mainstream parties to really go green, as parties on the extremes offer voters an easy alternative. But a new green social contract could interrupt this political vicious cycle.

Equity and fairness considerations go well beyond national boundaries. As developed countries scale up domestic climate actions, they will probably introduce measures – such as carbon border taxes – to ensure that their industries are not undercut by competitors based in countries with weak climate policies. Already in the initial stages of development in the European Union, such measures were also pledged by Joe Biden as part of his election campaign. Boris Johnson is now considering using his G7 presidency to try to forge an alliance on carbon border taxes.

However, carbon border taxes could affect the economies of the poorest countries. A recent survey conducted by the Konrad Adenauer Foundation on the perceptions of policymakers in the Asia-Pacific region revealed how carbon border taxes are perceived as protectionist and discriminatory towards developing countries. As with domestic carbon taxes, this problem can be prevented by factoring equity and fairness into the design of the measures. The poorest countries could be exempted from border charges for example. Another possible solution would be to use the revenues from carbon border taxes to scale up international funding for green projects in these countries. This discussion should be at the core of the international dimension of the new green social contract.

At the national level, countries can learn from France, which eventually reacted to the gilets jaunes crisis with the launch of the Citizens’ Climate Convention – an experiment in direct democracy aimed at identifying climate solutions rooted in social equity and fairness. Internationally, the same principles could be placed at the core of the forthcoming Cop26 UN climate talks in Glasgow. Such actions are fundamental to ensure long-term social support for the green transition, and to prevent its derailment – which would have catastrophic consequences for the planet.

In Karachi, hot weather is normal … but 44C feels like you’re going to die | Talaiha Chugtai 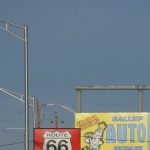 Opinion | Biden Must Get Tough on Carmakers to Slow Climate Change

As many corals growing in the Pacific as trees in the Amazon, new study finds | Coral