As a marine biologist who has studied the effects of extreme weather events for decades, I expected it would be bad. The ‘heat dome’ brought record high air temperatures to the Pacific north-west, and for the plants and animals living along our extensive coastlines the late June timing could not have been worse. The scorching heatwave coincided with some of the lowest daytime tides of the year, leaving tidal lands exposed to hot air and sun for hours during the hottest part of the day, several days in a row.

And bad it was. In the days immediately after the historic heatwave, I visited shorelines that looked and smelled like death. Mussel, oyster and clam shells open wide with rotting tissue exposed, snails and chitons no longer able to cling to the rock, kelp and surfgrass bleached white and sloughing off dead tissue. Similar scenes were reported throughout the Salish Sea of Washington and British Columbia by scientists, shellfish growers and the general public, with mortality estimates ranging from millions to billions of individuals. We’ve never seen anything quite like this before.

What happens next? In a few weeks, the dead tissue will be scavenged and the empty shells will wash away, leaving bare spaces behind on the shore. Gone will be all of the ecosystem services those organisms provide, such as filtering water (a single mussel or oyster can clear up to 10 gallons of seawater a day), building a moist habitat for a diverse assemblage of other species and providing food for species at higher levels on the food chain, like crabs, birds and humans.

Over the following months, areas with extensive mortality may have poorer water quality, less biodiversity and predators searching for food in vain. Populations that were not directly affected by the heatwave can suffer ripple effects from the broad disruption of ecosystem function. Shellfish growers, already struggling from reduced demand during the Covid-19 pandemic, will struggle to maintain the supply chain. As a result, the central role of aquaculture in many rural coastal economies will diminish.

The affected shorelines will probably repopulate over time. How quickly this will happen, if at all, depends on a number of factors. On the positive side, many of the species killed are known to have population growth strategies that promote rapid recolonization. Mussels and oysters produce lots of offspring that spread broadly and grow to reproductive maturity quickly, so recovery could be achieved in just a few years. On the negative side, there may not be enough survivors to provide the offspring. Moreover, species with such a ‘live fast, die young’ strategy tend to be physiological weaklings and will struggle to establish a viable population if extreme heat waves become the norm. They will simply relocate to cooler locations, joining the poleward march of so many other aquatic and terrestrial species around the world.

Shellfish growers can work around these limitations by growing “seed” in hatcheries and breeding to promote stress tolerance, but the tradeoffs – slower growth, longer time to market and increased hatchery costs – will cut deeply into profit margins.

It is important to note that many species survived the extreme heat. These tended to be the larger, longer-lived species that have more robust physiological tolerances, special behaviors and growth strategies. For example, some clam species can dig deeper into cooler sand, large California mussels can store enough water to evaporatively cool below lethal temperature, and many bleached seaweeds can regrow from the tissue that remains attached to the rock. This does not necessarily mean they were not affected by the extreme heat, because recovering from physiological stress takes a lot of energy. These species will probably have less energy available for growth, reproduction and fighting off disease, which could affect the ability of populations to persist over the longer term.

What can be done about it? We can hope the next extreme heatwave comes during a neap tide and the shoreline species are protected with a cool blanket of seawater. But, given the increased rate of global warming in the past decade, extreme heatwaves are predicted to be more frequent and severe, and the odds for catastrophic die-offs will increase as well.

As a marine biologist who lives near the shore, I can see this massive coastal die-off is a climate crisis happening in my own back yard. I understand the imagery of rotting shellfish may not resonate with most of the people in the US, who don’t live near the ocean. My hope is for more conversations about what is happening in your back yard. More flooding? Increased hurricane activity? Prolonged drought? Climate change effects are multi-faceted, and which face you see depends on where you live. These local conversations can stimulate actions to address the root cause of all these problems – increased atmospheric carbon dioxide resulting from more than a century of burning ever-greater quantities of fossil fuels. Of the many helpful actions individuals can take, focusing your efforts on those that make sense for your personal situation is a great place to start. As activist David Suzuki says, “In a world of more than seven billion people, each of us is a drop in the bucket. But with enough drops, we can fill any bucket.” 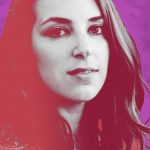 Opinion | Lessons on Resilience From Dogs and Dog Sledders 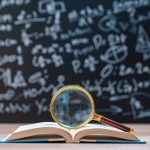