When Anas Alakkad, a Saarland-based translator and paramedic from Damascus, saw pictures of the flooded German towns on his Facebook feed on Sunday night, he fired off messages to Syrian friends around Germany.

“There was a debate whether we should somehow try to help,” said the 28-year-old, who arrived in Germany as a refugee six years ago. “The answer was pretty obvious to me: we had to.”

Alakkad and his best friend, Faris Allahham, a graphic designer, started by translating messages from German volunteering organisations into Arabic. By Monday, they decided to head out to the afflicted area themselves, a two-and-a-half-hour drive from their homes.

“The destruction was so emotionally shocking,” he recalled. “No matter what you’ve seen on television, it’s more devastating.”

He and six other Syrians spent the whole of Tuesday clearing debris from a house in the small town of Sinzig, south of Bonn, where at least 12 people died in flash floods last Wednesday.

“Everything was caked in mud and heavy – we needed to form human chains to lug it out of the basement and on to the street, where it could get picked up by trucks.” The floods had swept entire trees into the building’s garden, and washed piles of bottles into the front room.

Throughout the day, Alakkad and friends drummed up more interest via their “Syrian Volunteers in Germany” Facebook group. On Wednesday, the number of Syrian volunteers arriving in the area had doubled.

“The biggest challenge is finding places for people to stay the night,” he said. “If we can get enough beds, we may be able to get hundreds of volunteers to come and help.

“We’ve all travelled from Syria to Germany, mostly on foot. Our threshold for pain and stress is pretty high. Some Syrians have driven to western Germany from Berlin and slept in their cars overnight.

“When disaster strikes, you have to help each other. We all know how important that is.”

When Ms Feng, a former university staff, saw the catastrophic flood waters hit Zhengzhou last week, she was quick to volunteer to help. “I am a civil volunteer,” she said. “Under such circumstances, I don’t think too much, I only try to do what I can. Zhengzhou is the city I grow up in, and this university is where I had a lot of growth, there is no reason why I don’t help out. A good name is not what I am looking for, I think being down to earth and [to] do the work is most essential.”

She believes much more can be done to prepare for such events as the climate crisis worsens. “There is not enough preparation to deal with extreme weather. The city regulation system is very insensitive to such disaster. I only got an alarm the second day after the city is flooded from the government. In my school, there is not even any sandbags for flood prevention, and there was no alarm before the floods.

“I think safety education is very crucial – they should be taught in schools throughout different stages of education. Our children lack such education, and this is quite frightening. Now the situation is much better with professional rescue teams’ help, but I still think the Chinese government can do better at flood prevention.”

She points out that her city is well prepared for fire, with rehearsals every year, but that there is no comprehensive prevention system for floods.

Global warming itself is too detached from her life to worry about. “I focus on what’s in front of me,” she says, but she is reeling from the scale of the disaster. “I am shocked. I can hardly breathe.”

Volunteering has made her feel useful. “I feel happy. Helping others, being needed by others give me a special kind of happiness. Those in need makes me feel my value. In the past, when others say so, I don’t quite understand them. But the past two days made me understand such happiness. I also feel proud from inside; I am deeply satisfied that I have tried my best to contribute to this city I live and grow up in.”

When a devastating “airpocalypse” descended on Yakutsk, the capital of the Yakutia region in north-eastern Siberia, a brawny 32-year-old CrossFit trainer sprang into action.

Grigory Mochkin, an entrepreneur and athlete, said he signed up as one of hundreds of volunteers to fight the fires because he was “moved by the outrage on social networks and the fact that [the fires] have touched us so closely, the place where we live”.

Recording a video during a recent trip, he called on CrossFitters around the world to send support to help the volunteer brigades fighting the unprecedented fires in Yakutia. “CrossFit strong,” he declared, putting a fist in the air.

But he also spoke about a battle against the fires that he fears will affect the lives of the next generation, including his daughter, who was born this year. “She’s my first child,” he said in an interview. “And I feel responsibility to ensure that my child doesn’t breathe this air, the same things that we’re breathing in now.”

Yakutia is a unique and beautiful region, a place where winters are among the coldest on Earth, with temperatures falling below -50C. But the summers have increasingly become burdened by the worsening fires.

“From my social circle, I’d say 50% have already seriously thought about moving away or at least leaving [Yakutia] during the period of the year when there are fires and going to a warm country during the really cold winter season,” he said.

He said that he saw the cause behind the fires as “95% nature”, but that local mismanagement had also allowed them to grow out of control. “Fires are nature – it’s hard to fight against nature,” he said. “Like a child develops over nine months in the womb, that’s the same with putting out fires – you can’t just jump in there and put them out. So it takes a lot of time and that’s why there’s a lot of outrage.”

Outfitted with shovels and water packs, Mochkin and other volunteers, including other CrossFitters, cover dozens of miles to help build firebreaks and controlled burns that curtail the wildfires’ spread.

“It’s hard when the smoke blows in our direction,” he said. “But in general, for us athletes, it’s easier, it’s normal for us. You need to walk a long way carrying a heavy load on your back.”

Young women serving on the California Conservation Corps’ wildland fire crews – a programme that provides training to jumpstart a firefighting career and experience working alongside Cal Fire, US Forest Service, and the Bureau of Land Management teams battling the biggest blazes – say the work is exhausting but rewarding.

Beau Gulledge, a 21-year-old California native who is in her second year in the programme, says when she started, as the only woman who made it on to a crew after training, she felt like a fish out of water.

That feeling subsided as soon as she was sent out to tackle her first real fire in July 2020.

“It was three in the morning when we got the call,” she says, recounting that she wondered if it was really happening. “I was going over in my head about the food I had been eating over the last month. Had I pushed myself enough physically? Am I ready for this?”

With the smoke stinging her eyes, she spent 12 hours straight helping to construct a ‘fireline’ – suppressing the forward movement of the flames. By the time the fire was put out, her perspective had changed. “I was physically exhausted, but I was so happy my body could push through and do anything,” she says.

Annaet Juarez, 25, says the camaraderie has made her work fighting fires more meaningful. During training, which includes a gruelling “pack test” where recruits have to carry 45lb packs across 3 miles in under 45 minutes, she collapsed under the weight and the pressure.

“It was one of the most physically demanding things I have ever had to do,” she says. “I didn’t think I was going to be able to make it, but my crew supported me, and that’s what got me to finish.”

She is now part of an all-female crew and even though she says fighting fires is harder than she imagined, her team makes the work easier to get through. “When they say the fire is hot, it’s hot. Especially when you are standing 3ft away from it and you have to be moving, working, cutting line,” she says. “It is way tougher than I thought – but it makes me stronger and now I know I am capable of much more.” 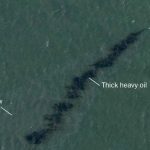