Yellowstone, established in 1872, is famous around the globe for good reason: it’s the oldest national park in the United States and one of the most popular.

But a new report issued this week shows how Yellowstone’s near pristine environment, with attractions like the Old Faithful geyser and herds of bison, is under threat from global heating.

The report, conducted by researchers at Montana State University, the US Geological Survey and the University of Wyoming, analyzes the effects of a changing climate not only in the park, but also in the Greater Yellowstone ecosystem – an area 10 times the size.

In addition to geysers and hot springs, the area is home to grizzly bear populations and some of the longest intact wildlife migrations, including the seasonal movements of elk, pronghorn, mule deer and bison.

“Greater Yellowstone is valued for its forests, rivers, fish and wildlife,” said Steve Hostetler, a USGS scientist and co-lead author of the report said in a statement. “The trend towards a warmer, drier climate described in this study will likely affect ecosystems in the region and the communities that depend on them.”

The analysis shows that temperatures in the park are now as high or higher as during any period in the last 20,000 years and are very likely the warmest in the past 800,000 years. Since 1950, Yellowstone has experienced an average temperature increase of 2.3F, with the most pronounced warming taking place at elevations above 5,000ft.

Those changes could be even more extreme in the future: by the end of the century, the researchers say the temperature could increase by 5-10F under current emissions scenarios. That would mean the park’s surrounding areas could swelter under 40-to-60 more days per year with temperatures above 90F.

Because of the increased heat, the spring thaw now begins several weeks earlier, and annual stream runoff happens eight days earlier than it did in 1950.In addition, higher temperatures mean that much of the precipitation that once fell as snow will now be rain – annual snowfall has declined by nearly 2ft since 1950 and is expected to decline further.

That snowpack is a bank of water for later in the year, and is used by cities as far west as Los Angeles and earlier snowmelt and loss of snowpack will increase the area’s susceptibility to future wildfires, the authors write.

“The decrease in snow is due to the increase in temperature over time, which caused more precipitation to fall as rain instead of snow,” wrote report co-author Bryan Shuman of the University of Wyoming.

Old Faithful geyser was named for its frequent and somewhat predictable eruptions, which number more than a million since Yellowstone became the world’s first national park in 1872.

But the study also raises questions about the future reliability of the famous geyser: known for blasting water into the air at reliable intervals of about 90 to 94 minutes. Scientists recently found evidence that Old Faithful had ceased to erupt 800 years ago for several decades due to a drought. Dipping into an extended drought could once again cause the geyser to cease its blasts.

Yellowstone’s forests, too, could be changing. Covering roughly 80% of the park, some of the forests may convert to grasslands after a wildfire instead of bouncing back.

Yellowstone isn’t the only national park facing huge changes due to the climate crisis.

In California’s Joshua Tree, extreme temperatures are threatening the endangered flora that names the park. Drought and wildfire could drive the park to lose 80% of its renowned Joshua trees by 2070. And in Glacier national park in Montana, the number of glaciers has fallen from 150 to 26, with scientists predicting that those that remain will melt by the end of this century.

Cathy Whitlock, co-lead author of the report, said changes and preparation need to be made now if the ecosystem will be preserved.

“The assessment is intended to provide the best available science on past, present and future conditions in the Greater Yellowstone Area so that stakeholders have needed information to plan ahead,” Whitlock said. 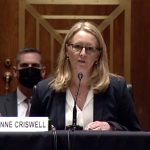 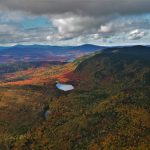 Johnson’s muddle over Covid is a foretaste of his thinking on climate change. Be afraid | Gaby Hinsliff