The BBC has removed an educational page laying out the “benefits” of climate change after a furious online reaction.

BBC Bitesize, its website for schoolchildren, claimed warmer temperatures “could lead to healthier outdoor lifestyles” and that a benefit of climate change could mean easier access to oil in Alaska and Siberia.

Other apparent benefits highlighted by the BBC included the ability to one day grow more crops in Siberia, new shipping routes created by melting ice, and more tourist destinations.

After a backlash from climate experts and campaigners, including the Guardian writer George Monbiot, the page, aimed at year 10 students, was amended to only include the negative impacts of climate change.

Monbiot tweeted: “This is what @bbcbitesize is teaching our children about climate breakdown. I’m sorry, but it’s an absolute disgrace. You could come away thinking: ‘on balance, it sounds pretty good’.”

Stuart Lock, the chief executive of Advantage Schools trust in Bedford, said the advice was “flat wrong, doesn’t align with the national curriculum or exam specs, and needs reconsidering”.

“Climate change isn’t a ‘both sides’ argument,” he added.

The BBC said it had “reviewed the page and are amending the content to be in line with current curricula”. It is not clear when the Bitesize page was first published.

The guide was written for children studying for their GCSE geography exams. Many have been relying more on it during the pandemic as schools were closed, and pupils who have to isolate are still learning and revising from home. Bitesize has expanded its output to assist home learning.

The exam board Eduqas said the information was not taken from its curriculum, adding: “Within our GCSE geography specifications, we examine the consequences of climate change and its respective impact on our planet.

“As part of our courses, we also ask students to explore opposing attitudes to climate change, however, we do not advocate a positive viewpoint on this topic.

“The resources developed by BBC Bitesize were created without any involvement from our geography team, therefore do not accurately reflect the content of our specifications.”

In 2018, the BBC took a public stance on climate change, saying “man-made climate change exists”, adding that its journalists should be aware of “false balance”.

Scotland’s exam board recently came under fire from the Scottish Green party for teaching the “positives” of climate change. The Scottish Qualifications Authority geography course gave benefits of climate change such as “increased tourism to more northerly latitudes” and “improved crop yields”.

The political party said it was “deeply inappropriate” for the SQA to specify the pros and cons should be given equal consideration.

The SQA responded: “Analysing and evaluating a variety of views is essential to critical thinking.” 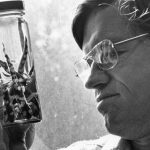 David Wake, Expert on Salamanders and Evolution, Dies at 84