A majority of voters fear Australia will be left behind unless the Morrison government follows the lead of other countries in prioritising serious action to combat global heating, according to the latest Guardian Essential poll.

The findings from the fortnightly survey of 1,087 respondents come as Barnaby Joyce deposed Michael McCormack and returned to lead the National party after a week where senior Nationals expressed open hostility about the government adopting a net zero emissions target by 2050. Scott Morrison says achieving net zero as soon as possible is Australia’s preference.

Joyce was asked on Monday whether or not he would make fresh climate policy demands when he renegotiated the Coalition agreement with Morrison. The returning National party leader and deputy prime minister deflected. “I’ll be talking with my party room, about what they believe is best for them, and then fighting on that premise,” he said.

The new Guardian Essential poll suggests over half (56%) of Australians now believe climate change is happening and that heating is caused by human activity – which is similar to results earlier in 2021 (58%) and in 2020 (56%).

The issue of whether or not the Morrison government is taking sufficient action to combat the threat divides the Guardian Essential sample but the largest group (45%) thinks the Coalition isn’t taking enough action. Fewer people now think Australia is doing enough to address climate change (30%) than they did in January (35%).

The government is allocating $600m through Snowy Hydro for a new gas peaking plant in the Hunter Valley but a strong majority now favour supporting renewable energy rather than fossil fuel alternatives. Some 73% of respondents want renewables to replace the ageing coal fleet, while only 12% want gas-fired power, and 15% think Australia should persist with coal-fired power stations.

A majority of respondents (59%) believe Australia needs to follow other countries’ lead and make climate change action a priority, or we will risk being left behind, while 67% sees the transition as an economic opportunity – believing Australian businesses have the opportunity to develop expertise in renewable energy and innovative technologies that other countries will demand.

Voters also know that renewable power means cheaper energy, with 65% of the sample saying Australian manufacturing could benefit from cheap electricity if more solar and wind farms were built, while 59% agree with the statement: “Australia cannot afford to be locked out of the European Union or other trade markets for failing to adopt a net zero emissions target by 2050.”

There are nuances in the survey. Acceptance that climate change is real, and induced by human activity, is highest among self-identified progressive voters, and respondents who think what the world is experiencing is normal fluctuation in the earth’s climate are more likely to vote Coalition, to be male, and aged over 55 years.

Women and voters aged under 55, as well as progressive voters, are significantly on board with renewables being the future, but a clear majority of Coalition voters also prefer the government to support renewable energy sources over gas or coal (61%).

With Scott Morrison away for much of last week at the G7 summit, and with China’s rise a significant talking point among the leaders of the developed world, voters were asked to prioritise various issues in Australia’s foreign policy relationships.

Only 12% of respondents want closer ties with China, and 50% want Australia to become less close with China, while a further quarter (24%) think our relationship with China should stay the same at most, and 13% don’t know.

Compared with results in the survey back in August 2019, Australians are less likely to rate China’s influence on Australia as positive – particularly in respect of international trade (the percentage has gone from 59% to 28%), and Chinese corporations operating in Australia (from 41% to 22%).

When asked to compare Australia’s most important security ally, the United States, with our largest economic partner, China, Australians in the survey say they want closer relations with the US, with 57% of the Guardian Essential sample wanting to deepen the relationship, while only 14% think Australia should strengthen our relationship with China over the US (which is a decrease from 28% in 2019). 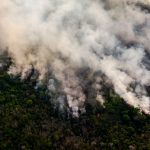 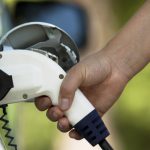