Battles within government over spending priorities are looming, with the task made harder because of the economic damage from Covid. Here are some of the main fiscal decisions ahead for Boris Johnson and his chancellor, Rishi Sunak:

In his first speech as prime minister, Johnson said he had a “clear plan” to reorganise social care for older people on a sustainable and fair basis. Nearly two years on and nothing has emerged. What was billed as a crunch meeting this week between Johnson, Sunak and the health secretary, Matt Hancock, to sort out the basics of a plan for England has been postponed.

Adult social care is not just ruinously expensive – even if many of the consequences of this are farmed out to the councils that deliver the services – it is the political equivalent of a hand grenade, as learned the hard way by Theresa May when her proposals for the sector were savaged ahead of the 2017 general election.

But more inaction will achieve nothing. Coronavirus highlighted the many weaknesses of care, from lack of provision to patchy staffing, and each winter without change will add to pressures on the NHS.

The price of action depends on what is proposed. Sir Andrew Dilnot, who produced a report into the sector in 2011, argued on Monday that an ageing population meant governments were likely to need to spend about £5bn a year extra on social care anyway in the coming years. To fund the system, find enough staff and provide some sort of social insurance to cap individuals’ care costs at a relatively low level would be about £3bn to £5bn a year more, he said.

Healthcare in England is already a huge proportion of government spending – about 7% of GDP. Coronavirus has further increased cost pressures, through both the direct spend on the pandemic and having to catch up on delayed treatments. The British Medical Association has estimated that working through this backlog alone could cost between £4bn and £5.4bn.

There is also the issue of whether nurses should be offered more than the 1% recommended pay rise. An increase of 5% would cost about £1.7bn a year.

This is a politically treacherous area for the government. Delaying a catch-up programme for missed treatment would risk storing up even higher costs for long-term poorer health, as well as misery for millions of patients. On nurses’ pay, ministers seem committed to sticking to 1% – but this will bring significant resentment.

Another heavily resourced area which now, because of Covid, requires even more funding. It is needed to help pupils catch up on learning lost during months out of the classroom.

One of the most important spending decisions Johnson will face in coming months is how heavily he invests in catch-up provision to claw back the widened – and disproportionate – “attainment gap”, primarily through additional small-group tutoring.

This month, the government promised £1.4bn in extra spending, totalling £3bn in catch-up commitments over the last 12 months. But the new money was less than a 10th of the £15bn recommended by Sir Kevan Collins, No 10’s education recovery commissioner, who resigned in protest. More is likely to come, but how much remains to be decided.

Ministers are publicly committed to the triple lock for state pensions – raising them each year by whatever is the highest among inflation, average earnings growth or 2.5%. But one of the economic anomalies of Covid has been a year-in-year rise in average earnings of close to 5%, because of a fall in the proportion of lower-paid jobs, with this figure expected to increase further.

Each 1% rise in state pensions, which are administered UK-wide, is estimated to cost the government an extra £800m a year. So a 5% rise could add £4bn to the total budget. This is hugely expensive but abandoning or amending the triple lock, even on a temporary basis, would be politically risky.

The world cannot have a prosperous future without tackling the climate crisis, according to Johnson. His 10-point plan involves £12bn of government investment including £2.8bn to accelerate the rollout of zero-emission cars, £1bn for energy efficiency, £1bn for capturing and burying carbon emissions and £385m for advanced nuclear energy, designed to support up to 250,000 green jobs.

Johnson pledged in early 2020 to invest tens of billions in the rail network and £5bn to boost buses, cycling and walking and cut air pollution. There is a £640m Nature for Climate Fund to support tree planting and peatland restoration and £5.2bn over six years for flood and coastal defences. Other nations, such as the US and Germany, are committing far more to environmental policies.

This year the UK will host Cop26, the international climate summit, with the aim of getting countries to commit to $100bn (£72bn) of climate finance a year to help developing countries deal with global heating. In 2019, the prime minister doubled the UK’s £5.8bn commitment to £11.6bn over five years, though overall foreign aid has since been cut.

Experts say No 10 and the Treasury have an opportunity to find common ground on how to build an economy that creates good jobs while improving the environment.

The backlog of court cases is another area exacerbated by the impact of Covid. Delays of several years for justice to be completed are not uncommon; there are more than 55,000 crown court cases waiting to be heard in England and Wales. Ministers are becoming concerned that the extent of the problem could soon become a political crisis.

Putting a price on fixing it is not easy but a Bar Council report from last year calculated that just to restore per-person judicial spending to levels in 2010, before years of cuts, would cost an extra £2.48bn a year.

Given that “levelling up” remains more of a nebulous concept than a coherent project, calculating a budget for it is more or less impossible. There is already a £4.8bn UK-wide levelling up fund and a £3.6bn towns fund for England. But creating a real difference in deprived areas would cost significantly more.

Ministers must also grapple with the extra Covid costs of existing infrastructure projects. For example, delays due to the pandemic will reportedly add yet another £1.7bn on to the total price of the HS2 rail scheme.

A tiddler in public spending terms – £200m, which will be met by the Ministry of Defence – but nonetheless a decision that has the potential to backfire on the government, even with the idea rebadged as a trade-based “national flagship”. Seemingly decided on by Johnson after a long campaign by his old employer, the Telegraph, there appears to be little enthusiasm for the project among some ministers. Or even, reportedly, among the royals themselves. 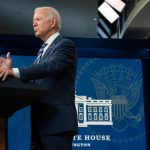 Top US scientist on melting glaciers: ‘I’ve gone from being an ecologist to a coroner’ | Climate change 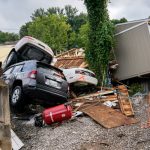 The Tennessee Flooding: What Role Does Climate Change Play?