Earlier this month, a 12-metre-long model train carriage was deposited at Barcelona’s El Prat airport, which the Spanish airports authority controversially plans to expand. “More trains, less planes” was the accompanying message from Greenpeace activists, who intend to take their model on a European tour in the coming months.

As they do so, a celebratory stop-off at the French-Spanish border might be in order. In a village high in the Pyrenees, Europe’s most stunning railway station is to be restored to its former glory, and the line it majestically served reopened. Completed in 1928, Canfranc international station was conceived as a railway “cathedral” as grand as anything that the world’s greatest cities could offer. Overlooked by mountains, the vast edifice is 240 metres in length and has 365 windows and 156 doors, dwarfing London’s St Pancras; but mere numbers cannot convey the sense of grandeur evoked by its architecture and ravishing setting. Intended to combine in one building the French and Spanish border stations, Canfranc is a moving monument to the internationalist spirit and pride in architectural achievement that marked the golden age of rail.

Sadly neglected since the cross-border line was closed in 1970, Canfranc witnessed pivotal episodes in 20th-century history. During the Spanish civil war, General Francisco Franco sealed the tunnels to prevent the transport of arms to Republican forces. The traffic of goods and people throughout the second world war saw the village become known as the “Casablanca of the Pyrenees”; spies, agents and desperate Jewish refugees fleeing Vichy France passed through, including, by some accounts, the artists Max Ernst and Marc Chagall. But for five decades, as cheap flights have transformed travel across the rest of the continent, Canfranc’s faded beauty has served mainly as a melancholy object of wonder for historians of the industrial past.

The plan, masterminded by the regional government of Aragon, France and the European commission, is for Canfranc to become a five-star hotel, alongside a new smaller station. All being well, the cross-border line will reopen in 2026, though work so far has been delayed by the pandemic. It would be stretching the truth to say that environmental concerns are driving the project, although the restored line on the French side will reduce the need for freight-carrying lorries. Reviving Canfranc is more about regional memory and identity.

But almost 100 years after the station was first opened, the imagination and ambition that went into its construction is a salutary reminder of how glamorous and seductive rail travel could be. From the Belle Epoque restaurant that graces Paris’s Gare de Lyon, to the early 20th-century modernism of Florence’s Santa Maria Novella, Europe’s great train stations offer an aesthetic experience and a history lesson, as well as a greener travel option. If the objective of carbon neutrality by 2050 is to be met, more of us will need to pass through them more of the time. Canfranc may be coming back to life as a hotel, but its renaissance can still inspire us to take “more trains, less planes”. 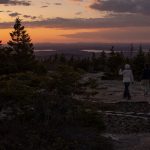 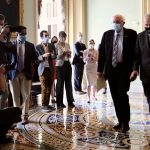