“In the Christian imagination,” says Lucy Walker’s voiceover, “hell is fire pits, it’s being burned alive. These are the very worst things we could imagine. When we came up with the idea of hell, it was fire that we imagined and that’s what we’re creating for ourselves.”

Walker is our guide into a modern Dante’s Inferno in her excruciatingly timely film Bring Your Own Brigade, which examines a world on fire by focusing on the savage blazes that tore through the California cities of Malibu and Paradise in November 2018.

The two-hour documentary scoops up dramatic video footage from motorists racing for their lives between rivers of fire. A four-way intersection becomes blocked with traffic as the heat intensifies. One woman trapped inside a car filled with orange glow is heard wailing: “I don’t wanna die here. I don’t wanna die.”

There are haunting 911 phone calls from residents and first responder radio traffic. A woman says she can’t get out of her home because all the doors are on fire: “It’s burning me!” And there are moving scenes of survivors of picking through charred debris, hoping to salvage keepsakes that preserve the memories of loved ones.

But there is also hope and humanity in the form of Brad Weldon, a Paradise resident who, having lost multiple homes before, chased away the flames with hoses and buckets and luck. He recalls: “It’s like fighting an elephant with a piece of spaghetti.”

Weldon’s is one of the few homes in Paradise left standing. Inside, about 20 displaced neighbours are given refuge and his 90-year-old mother reclines on a sofa consuming marijuana. She says: “Being blind, I thought they had all left me, and then Brad came in and told me that ‘I’m sorry Mom, we’re fighting a firestorm’. I told him, ‘I want you always to remember, the angels are always with you … flap those wings, keep that fire away.’”

Walker uses such encounters to give the story an emotional heart and challenge her own assumptions. Speaking via Zoom from New York, the British film-maker says: “One thing that really astounded me was that people stay and fight. People don’t run.

“You can hear me in the film having a panic attack when the fire is over the hill; I mean, not anywhere near but it’s really frightening. For people that actually stay, you can’t believe it because it just seems so counterintuitive that you could possibly not run as hard as you can away.”

She adds: “Who am I to judge people staying and defending their homes, even if I don’t have the personal courage to do it? It seems very unwise to me and yet perhaps it is possible to do that if you’re very prepared, and we look at the people who did manage to successfully defend their homes and they were incredibly well prepared. There are some amazing stories there.”

Walker’s obsession with wildfires began after she moved to California in 2008 and wanted to know: why is the hillside on fire? It was not something that she used to see in London. She had thought fire was a medieval problem – 1666 and all that – rather than a modern one.

So she “embedded” with the fire department in Malibu, riding and filming with firefighters (“the access was key”), which put her in the right place at the right time on 8 November 2018. There were four major fires in California that day, including the one in Paradise that left 85 people dead.

Paradise and Malibu were at opposite ends of the state geographically and opposite ends of the spectrum economically and politically. The average home price in Paradise was about $200,000; in Malibu it was more than $2m. Like the coronavirus, fire does in fact discriminate on the basis of class. The film’s title is a reference to the wealthy elite who can afford to hire their own private firefighting force.

Walker observes: “As these extreme disasters become more and more common, what we’re going to see is that rich people can afford to protect themselves. That’s what we’re seeing in every aspect of life. As we get mega wealthy people protecting themselves and no longer trusting the community safety net in any domain, they can afford to have their own private safety net.”

Paradise and Malibu have been ravaged many times before and since, but catastrophic wildfires are increasing in number and severity around the world. A blaze in Oregon has scorched more than 646 sq miles since being sparked by lightning on 6 July in the Fremont-Winema national forest.

Walker explores the reasons behind this “global fire crisis”. A product of the climate crisis? Yes, but it’s more complicated than that.

“I’d gone into making this film thinking it was just about climate change: we’d had the world’s biggest fires and world’s hottest summers in recent years and that kind of correlation seemed to me a causation. I made that error of assuming that was the story. There were other things that I’d heard about, too, but it seemed pretty trivial compared to climate change as a driving factor.

“It was a real surprise to me, quite humbling, to understand actually that it was more of a performance enhancer and wasn’t actually the whole story and there was a really important piece that completely hadn’t been reported. I couldn’t believe it because much of the fire story has been very well reported and other pieces of it just aren’t understood even by the people that live right there.”

The matrix of factors includes the logging industry, regional planning, building codes, insurance companies, lack of funding for fire departments and short-term thinking by communities and homeowners lulled by their heavenly surroundings into believing that hell will not come again. Walker attends a town council meeting where committee members vote against steps – such as gutters or 5ft of defensible space – that could enhance fire prevention.

She says: “These areas are not like Europe. There’s a pattern of wetting and drying and, in the dry season, you can’t ever stop ignitions from happening. Fires are inevitable in these landscapes and the more you try to put out the small ones, the more you’re going to be storing up a big one that you can’t fight.

“Housing pressure is pushing people more and more into what we call the wildland urban interface. There is no accountability from the people that are developing these areas to explain to residents the risks that they’re facing. How shocking it is to residents to realise that these areas that don’t look like they’re flammable – lovely green lawns and suburban type streets – could burn and could kill as many people as those types of fires are killing people right now.”

There has also been a failure to heed ancient wisdom. The film features indigenous people who say “Fire has always been our friend” but whose lessons are too often lost. Walker, who lives in Los Angeles, explains: “It turned out that I was just one in a long line of Europeans who’d come and made this arrogant and dumb and ignorant sort of assumption that we could just put these fires out, surely, and that that would be a good thing.

“Actually there’s a bigger and wiser view that the Native Americans had that fire is not the enemy and fire is a tool that we really need actually to live safely in these landscapes. That was really part of the amazing sort of revelation of this film for me.” 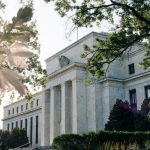