Every five years, the Australian Treasury embarks on a fascinating forecasting exercise: what will the economy and the commonwealth budget look like over the next 40 years?

Treasury was too busy to produce an intergenerational report last year when Australia battled the first and second waves of the coronavirus pandemic, so the treasurer, Josh Frydenberg, released the latest 200-odd page instalment on Monday.

Here are three interesting snapshots from the 2021 IGR.

The core of Australia’s five-yearly IGR examines population, productivity and participation. We’ll get to these points shortly, but given this is an exercise in forecasting the future, let’s start with one of the most significant evolving threats to national prosperity and wellbeing: global heating.

Treasury’s analytical starting point is this: there is a global drive to reduce emissions, so that likely necessitates a transition in Australia’s carbon intensive economy, where “some sectors will need to adjust to falling demand for some exports, while new opportunities will be created in other sectors”.

Treasury’s point is the transition will have significant implications for Australia’s export income. But it predicts demand for clean energy, critical minerals, hydrogen and abatement technology like carbon capture and storage will increase, creating “new opportunities for Australia”.

As well pointing to the looming shift in the composition of Australian exports, Treasury says global heating will potentially make it more difficult for households to get adequate insurance because of an increase in climate-related natural disasters. Australia’s financial sector is also exposed to the risk of write downs in the value of carbon intensive assets. Treasury notes regulators are currently grappling with this task, “working on strengthening the identification and management of climate-related risk and improving disclosure” – prudent preparatory activity that some prominent members of the National party have decried as virtue signalling.

Previous IGRs have done an effective job of demonstrating that demography is destiny. Australia’s population is ageing. According to the current IGR, between 2019-20 and 2060-61, the number of Australians aged 65 and older will double to 8.9 million. In 2019-20, there were 6,400 centenarians, but by 2060-61, that cohort is projected to be 40,900. That shift has implications for the economy and for fiscal policy.

Let’s persist with the fun facts. Australia’s population is ageing – yet Treasury says the government will actually spend less on the age pension as a proportion of gross domestic product (2.7% of GDP in 2020-21 compared with 2.1% of GDP in 2060-61). While the number of Australians of pension age and over is expected to roughly double to over 8 million people by 2060-61, the proportion of people receiving the age pension is projected to decline by over 10% by 2060-61.

Counterintuitive, yes. But you can probably guess why. Australia’s superannuation system, which encourages workers to provision for retirement by taxing their savings concessionally, is becoming more mature. But the generosity of those super concessions is a story in themselves. The latest IGR notes government spending on the age pension is projected to decline as a proportion of GDP, but the cost of superannuation tax concessions is projected to grow over the next four decades. By the time we hit 2040, our two ships pass in the night: the cost of superannuation tax concessions will actually exceed the cost of age pension expenditure.

Pandemics end in time, but Treasury notes there are lingering repercussions. The latest IGR says the most enduring after effect from the coronavirus pandemic is likely to be a smaller population “reflecting a period of sharply limited migration and a temporary fall in the fertility rate”.

Treasury says slower population growth means slower economic growth. An ageing population also reduces the number of working-age people as a share of the population. GDP in Australia is projected to grow at 2.6% year over the next 40 years, compared with 3% over the past 40 years. A bit head scratching, then, to assume labour productivity improves, but Treasury forecasts the labour productivity growth rate will “converge” to 1.5% per year – which is consistent with the 30-year historical average to 2018-19. The IGR says over the past decade productivity growth has averaged 1.2% a year.

In an environment of persistent lower growth, the budget story looks like this. Government expenditure blew out during Covid, but Treasury says the cash balance will recover over the next couple of decades. But without tax increases (and the report notes the tax burden is increasingly falling on households), the budgetary position will deteriorate again as the demographic bulge hits, with increased spending on health care, aged care and interest payments. Treasury (while noting previous IGRs have overstated growth in health spending) forecasts health will account for the “largest compositional shift over the next 40 years” with investment projected to increase from 19% of total government spending in 2021-22 to 26% in 2060-61. The current IGR also notes that emerging climate change risks will likely increase expenditure as well. 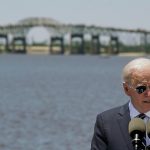