When a band of geological surveyors and US army scouts mapped out what would become Yellowstone in 1870, the geysers and springs seemed endless – a land so unbound that Congress moved to name it the world’s first national park.

Nearly 150 years later, about 4 million people visit the park annually to see its most famous geyser: Old Faithful. It is a sight to behold, shooting tens of thousands of litres of boiling water hundreds of feet into the air about 17 times a day.

While the geyser is highly predictable – it erupts every 44 to 125 minutes since 2000 – a new climate assessment and a recent study has revealed that rising temperatures, reduced snowfall and increased rain threaten to shut Old Faithful off completely by the end of the century.

While that could threaten the natural beauty of the park, it also means an ecosystem three times the size of Rhode Island, stretching 22m acres across Montana, Wyoming and Idaho, faces a threat that no national park can protect against: temperature.

The land in and around Yellowstone, often called the Greater Yellowstone Area, is among the world’s last intact temperate ecosystems, and includes two national parks, five national forests, half a dozen tribal nations and stunning biodiversity. It’s also a super volcano that’s home to 10,000 hydrothermal features, including 500 geysers, the world’s greatest concentration.

If temperatures at Yellowstone rise 10F by the end of the century, as they are projected to, this vast ecosystem will be disrupted. Old Faithful will almost surely shut off completely, and the snowpack that feeds rivers throughout the west may disappear.

While the story of climate change is well-known, what’s new is the startling connection between temperature and water, a shift which threatens an extensive geyser system that makes this place so iconic.

But it is not the first time this has happened. Aboutd 800 years ago, extreme heat and drought made Old Faithful come to a complete standstill for decades, a shift which changed everything from what plant species grew in the area to what the land looked like.

Looking at what happened then could be a mirror to the present – a way of looking back to look forward.

Academics are trying to use the park’s recent past as a sort of climate roadmap, helping us to predict what might happen next. But reading that map isn’t easy – or clean. The geological samples studied to help predict what happens next are full of mud, pollen and sludge – heavy, hard to reach and buried deep under lakes.

In 2018, Chris Schiller, a post-doctoral research associate at Montana State University, set out to find out what made one lake in the geyser basin go from thermal to freshwater centuries ago, and whether that stark change may have been caused by a period of staggering heat and drought that looks very much like the temperature shifts we are experiencing today.

In the lab, Schiller’s team discovered evidence of fire, drought and temperature shifts in the sediment. The research fills in gaps to prehistoric climate and vegetation, all indicators of how this land has changed. The why remains more opaque, but we do know that the conditions that led to this change occurred in a period of extreme dryness, like today.

But what can this study tell us about the future?

“The best part of science is you find something no one else has ever seen, something new, and that’s what happened at Goose Lake. We’re still trying to figure out what it means,” says Cathy Whitlock, a paleo-climatologist at Montana State University, and Schiller’s research partner and co-author.

What we do know, she says, is that the period of mega droughts that caused Old Faithful to dry up was potentially less extreme than now. “We are now moving into a climate that seems even warmer and drier than those periods. That’s crazy,” she says, adding: “It’s possible that this whole geyser basin and the plumbing is going to change.”

Whitlock specializes in long-term environmental and climate change, and has spent four decades sifting through these sediment-rich lakes, publishing more than 200 scientific papers on the topic, including co-writing Yellowstone’s first ever climate assessment which showed that since 1950, the area’s average temperature has increased by 2.3F.

Such a small shift may seem benign – until you realize that the last Ice Age was only around 5 -7F colder than the pre-industrial period.

In recent decades, the average temperature in the park has been as high or higher than in any period in the last 20,000 years, and could be the warmest of the last 800,000 years, according to the recent Yellowstone climate assessment.

One clue as to what will happen next can be found by looking at plant fossils.

Schiller and Whitlock’s work showed that about 4,000 years ago, a cool, wet period abruptly ended, and the temperatures looked a lot like today. Modern Yellowstone is known for thick pine forests, expansive geyser basins with grassy vistas that break the tree cover. When the team analyzed the pollen buried in Goose Lake, they found that once the temperature heated up, the pine stopped growing and there was a sudden explosion of sagebrush and other grasses that do well in hotter climates. This points to drought at the time, Whitlock says.

So far, no one is 100% sure whether or not the changes were caused by climate alone. But with trees dying off due to the hotter climate, this could mean less forest in the coming decades here, which has a cascading effect: less forest and tree roots mean more grass and more erosion. Drier grass means less nutrients for major mammals. Less water also hurts everything from migratory and aquatic species to grazers like bison who face decreased nutrients from dry plants.

Extreme weather is now the norm and blazes like Yellowstone’s huge 1988 fires – which burned 800,000 acres – are a seasonal worry.

“We’re facing a critical moment,” Schiller says, referencing the current situation at Yellowstone. But the new climate report could jumpstart locals to begin discussing the changes around them. Whitlock points out that ranchers, miners and tourism are all set to be affected should the pristine settings and the water these mountains produce dry up – which could ultimately mean financial losses.

The Yellowstone, Snake and Green Rivers feed major tributaries for the Missouri, Columbia and Colorado Rivers – vital for agriculture, recreation, energy production, even the water we receive in our kitchen sinks. Regional farming – potatoes, hay, alfalfa – and cattle ranching depend on late season irrigation, threatened by reduced snowfall. And a big question mark hangs over the rapidly growing tourism and hospitality industries that rely on Yellowstone’s world-class rivers and ski areas for angling and black diamond runs.

Whitlock says the most important part of her career is giving people on the ground evidence of the changes she sees happening – even if they aren’t always keen to hear it. And while her work helps to reconstruct the past, she hopes it can also help to change the current trajectory we are on, before projections become reality.

As Whitlock reflects on her own legacy and the world she leaves her grandchildren, it can be scary. Referencing how steep temperatures have risen over the last few years, she says: “The trajectory we take depends on what we do about greenhouse gas now. By 2040, 2050, we can flatten the curve.” Her voice lowers and she collects herself. “What we do in the next decade is critical. We have new technologies, we can solve this. We just need the will to do it.” 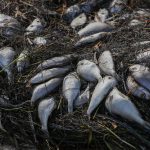 ‘It’s gross’: A summer of red tides piles up 600 tons of dead fish on Florida beaches. 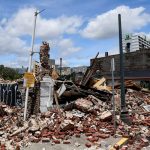