“It looks like a bomb went off. Everything’s destroyed. There’s nothing left of the city centre,” said Michaela Wolff, a winemaker from one of the German towns worst hit by last week’s catastrophic flooding.

Her family vineyard and guesthouse, the Weingut Sonnenberg, would normally be filled with tourists descending the red wine trail. This weekend it was filled with desperate refugees from homes destroyed when the Ahr burst its banks on Wednesday after days of heavy rain.

“We have water and we have electricity. The gas has been shut off, but we have more than most,” she said. “It’s chaotic, absolutely chaotic.”

Floods across western Germany and Belgium have killed at least 160 people, and the worst-hit area is the Ahrweiler district, which includes Wolf’s town of Bad Neuenahr.

Ninety-eight deaths have so far been confirmed there, among them 12 in a home for disabled people. Many more people are missing and the toll is expected to rise.

Thousands have also been made homeless, and the economic fallout from lost homes and businesses and the cost of repairing infrastructure is likely to run to billions.

Bad Neuenahr-Ahrweiler is a historic spa town surrounded by picturesque vineyards and populated by many small-scale vintners. Days of unrelenting rain earlier this week sent a wave of water several feet high down the Ahr, which divides the town in two.

The roads were left buried in water and mud, cars were tossed on to their sides in the square, and parts of buildings were swept away. One house was left gaping open to the street as if a bomb had blown away its front wall.

Wolff’s wine cellar was the only one in town to survive the wall of water, and it was a narrow escape: “The water stopped just centimetres from our doorstep. We had incredible luck.” Since the flood began receding, she has been working around the clock with her family to help with local clean-up and rescue efforts.

Beyond the terrible human toll, the damage to infrastructure, including roads, bridges and railways, is likely to take months to repair. The fallout is already prompting a political reckoning about the costs of climate change, with the Netherlands prime minister Mark Rutte on Friday directly blaming changing weather patterns for the intensity of flooding.

Asked whether global warming had contributed to the disaster, he said that was “without a doubt the case”. He added: “I don’t want to make hasty declarations … but something is really happening, let’s be clear.”

The floods come weeks after a record-breaking heatwave killed hundreds in Canada and the US. Scientists have said such extreme heat would have been “virtually impossible” without climate change.

Thirty miles north-west of Bad Neuenahr, the Blessem district of the town of Erftstadt appeared to have borne the brunt of an even greater disaster, as the overflowing Erft poured into a gravel quarry, triggering a landslide that collapsed houses and buried a motorway.

The national guard and fire departments from around the country arrived with boats and diving teams to assist in search and rescue operations on Friday, and the dam was stabilised. But on Saturday it was deemed at risk of bursting again, sending those along the evacuation path scrambling.

No one was taking any chances after Thursday’s flooding, which seemed to have caught many in Erftstadt unprepared. When the quarry collapsed, it spilled on to the motorway, trapping lorries and cars on the major road connecting Cologne with the southern Eifel region.

Herbert Reul, the interior minister of North Rhine-Westphalia, said before operations to excavate vehicles that they expected to find some in up to 32ft of water.

The speed of the flooding and the number of people still missing mean the death toll is expected to rise. “We have to assume we will find further victims,” said Carolin Weitzel, mayor of Erftstadt.

In the centre of Erftstadt, residents were arriving at a flooded graveyard to lay stones and light candles out of respect for the dead. A family with young children was huddled at the cemetery’s entrance, in tears.

Next door, a supermarket closed by the flooding was handing out non-perishables and bottled water to deliver to those housed on nearby school grounds. About 80 of the evacuees have already been given shelter in nearby Cologne.

Others are being sent to cities across the region, unsure if they will be able to return home. And if they do, it’s unclear what the survivors will return to.

“There’s no more infrastructure,” said Wolff. “With the bridges gone, we’re cut off from the other side of the town. The numbers of dead keep rising every hour. Emotionally, we’re at our limit.” 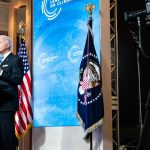 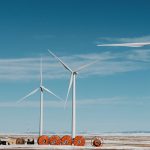 A Wind Farm in Coal Country